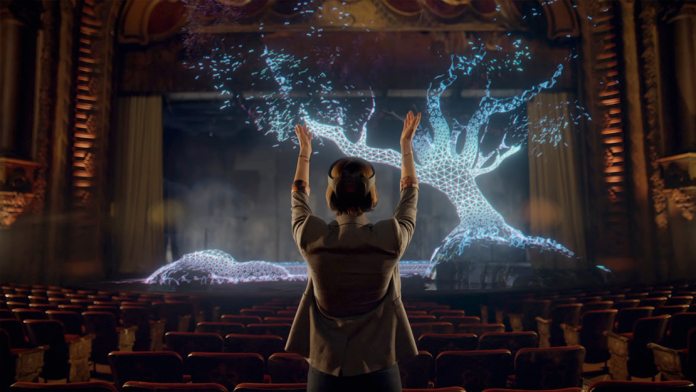 Microsoft’s HoloLens 2 is getting a significant new preview update that adds some important tools to the augmented reality headset/platform. Specifically, the new version of Microsoft Edge is finally landing on the hardware.

Considering HoloLens 2 runs the Windows Holographic platform, it makes a load of sense that Microsoft Edge is on board.

Of course, HoloLens has supported the Edge browser for some time. The difference with this latest update is it brings the Chromium Microsoft Edge to the platform. Since the launch of Windows 10 version 2004 in May last year, Edge started automatic rollout through Windows Update. Previously, the browser was only on manual update since its January 2020 launch.

Having an up-to-date Edge experience on HoloLens 2 is important. Microsoft positions its AR headset to enterprise users, with apps more focused on business and productivity. Whereas the entertainment-focused world of virtual reality (Oculus Rift and HTC Vive) don’t need a browser as much, HoloLens does.

It’s worth noting Chromium Edge support is so far limited to an Insider Preview that is currently available. It is worth noting Microsoft says the old version of Edge will remain available and can be made default.

Furthermore, the company points out the Chromium Edge release is the win32 version. It supports Universal Windows Platform (AWP) apps, but only through a compatibility layer. This means some Chromium Edge features are missing.

For example, WebXR and Microsoft Teams calls are not supported. Although, Microsoft says both will get support soon. However, some abilities like printing may never come to HoloLens 2.

In recent months, Microsoft has been pushing to add new features to HoloLens 2. For example, in November the company brought Windows AutoPilot to the platform.

Windows Autopilot is a “Self-Deploying mode” which provides more zero-touch tools when deploying a device. Users will no longer need to do anything to set their Windows 10 device up in an enterprise environment.

Windows Autopilot also has a handy reset feature. With this ability, the service can integrate with Microsoft Intune on a Windows device to reset the hardware and redeploy it in a business setup. The service has been available on Windows 10 since it launched with the Fall Creators Update in 2017.