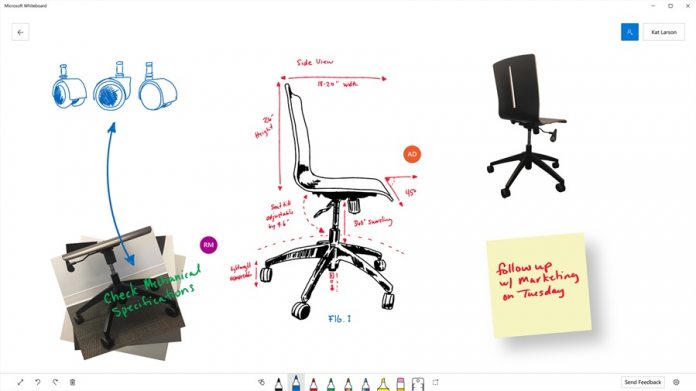 Users of Microsoft Teams can now tap into new Whiteboard features after a recent update. According to Microsoft, its Whiteboard tool will now support sticky notes and text in Teams. As well as arriving on Teams a week ago, those same features are now available on the web version of the tool.

Furthermore, Microsoft is also expanding the availability to Windows 10 and iOS versions of Whiteboard. There’s still no word on when Android can expect the features. When the update debuted on Teams last week, it was only for education users. With the expansion to other versions, the new tools are also coming to enterprise users.

Sticky notes support is an important addition. With this available, users can add their ideas quickly to a canvas. Sticky notes can be posted anywhere on the canvas, while text objects can also be added in this way.

Users also benefit from now being able to move objects around the canvas, ideal for reorganizing Whiteboard content.

For web users, the biggest change is a revamp of the web application. Microsoft says this overhaul has focused on performance and general improvements. The company adds it can now roll out updates to the Teams and web versions of Whiteboard together.

Whiteboard integrates with the inking capabilities of Microsoft Office to bring content to a screen that can be used by multiple users across devices.

If you’re interested in the Whiteboard app on Windows 10, you can download it from the Microsoft Store here.