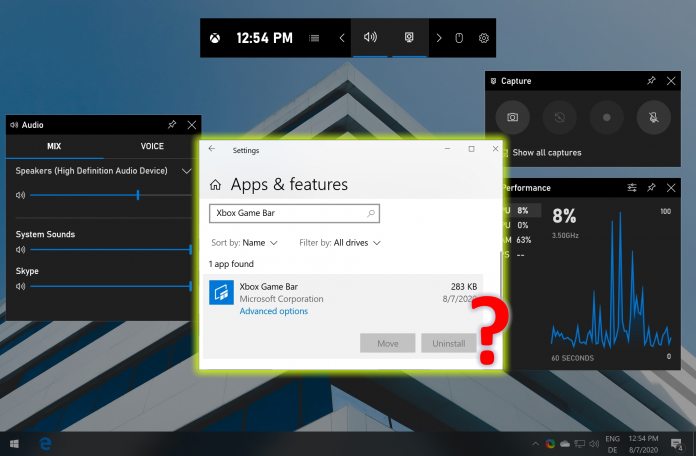 The Xbox Game Bar, successor to Game DVR, was first introduced to Windows 10 in 2016. Until recently, it hasn’t been particularly useful to gamers, but in the past year or two, it has netted Spotify integration, performance stats, a volume mixer, and third-party offerings. Unfortunately, though, these additions have come with a  cost: Microsoft has now disabled the option to remove Xbox Game Bar via the programs menu ind Windows 10 settings.

This is a natural annoyance for those who never use Xbox Game Bar, keep hitting the shortcut by accident, or have seen performance issues and other bugs in games. If you have an overlay solution you use already, such as MSI afterburner, Steam, or UPlay, it can also cause problems.

Today we’re going to show you how to remove the Xbox Game Bar in even the latest builds despite Microsoft’s best efforts. To achieve this, we’ll be using going to be using PowerShell.

How to Remove Xbox Game Bar from Windows 10 with PowerShell

There are a few ways to uninstall the Xbox Game Bar, and all of them are very quick.

If you removed the Xbox game bar but now want its functionality, you can restore it quickly via the Microsoft Store.

If you liked this tutorial, you may want to check out our guide on How to turn Windows 10 Game Mode On or Off and How to delete a folder or file when Windows says you can’t remove it.