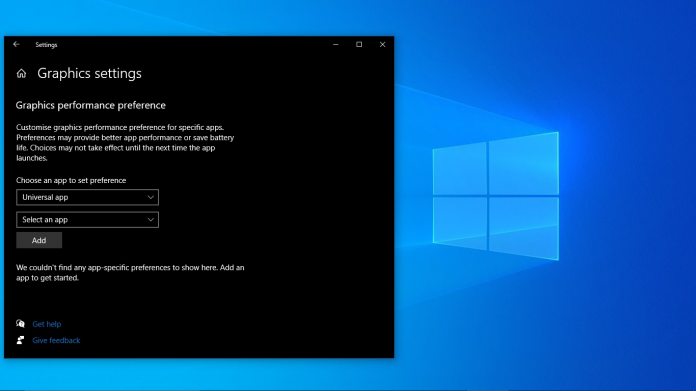 With the launch of Windows 10 May 2020 Update (version 2004), Microsoft introduced Windows Display Driver Model 2.7. Microsoft promised hardware-accelerated GPU Scheduling for this build, but it is not ready yet. In the meantime, chipmakers must ready their drivers for GPU scheduling support. AMD and Intel have now confirmed their plans for support.

Microsoft had announced hardware-accelerated GPU scheduling for WDDM 2.7 and has been testing it in preview. For some reason, the option is not enabled on the release of Windows Display Driver Model 2.7 that ships with Windows 10 May 2020 Update.

If you’re unfamiliar with the tool, it allows both dedicated and integrated graphics cards (GPUs) to manage video RAM individually. This allows PCs to have better performance including improved framerates, smoother playback, and reduced latency.

Perhaps a lack of support from the world’s leading chipmakers stopped Redmond releasing GPU scheduling. However, that support is now coming. Nvidia updated its drivers last month to support DirectX 12 Ultimate and GPU scheduling. Now, AMD and Intel are doing the same.

AMD released a new driver over the weekend, bringing its drivers to version 20.5.1. Hardware scheduling is available on two of the company’s chipsets, the Radeon 5700 series and the 5600 series. Users running Ryzen, Vega, or Navi series silicon will have to wait for a future update.

Intel was quieter about its update, releasing documentation to confirm hardware-accelerated GPU scheduling is coming to future driver updates.

“At the same time, WDDM 2.7 introduced a new feature named Hardware-accelerated GPU scheduling. This feature is currently not supported by the latest Intel DCH drivers [but] Intel is looking to include support for this feature in future driver releases,” the chipmaker said.

So, AMD is offering sporadic approach and Intel is still only promising support. However, at least we now know both companies are on board with hardware-accelerated GPU scheduling.