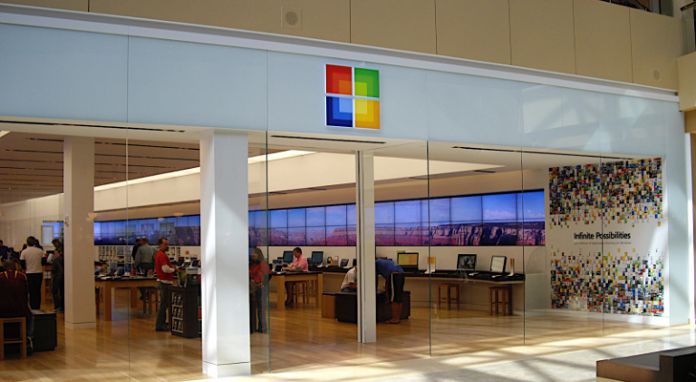 Last week, we reported on Microsoft seemingly taking a cautious approach to reopening physical Microsoft Store locations following the COVID-19 pandemic. Apple and other retailers had already started to open their stores. However, it is now clear Microsoft’s delay has a little more behind it than just being cautious.

A blog post today, the company said it will close most of its Microsoft Store locations. Those closures will happen in the United States and globally. However, Microsoft confirmed four store locations will be converted into Microsoft Experience Centers.

These centers combine technology with partners to showcase what Microsoft offers, including through demonstrations.

Microsoft is painting this decision as it entering a “new approach to retail”. However, it is hard to not see this as the company just not having much interest in its land-based stores. Retail has never been as big a deal to Microsoft as it is to, say, Apple.

There has never been a big push for Microsoft Stores to be anything other than a luxury. It seems the company has now decided it’s a luxury it doesn’t need. In its post, Microsoft says it had planned to announce the closures in 2021.

COVID-19 changed those plans. Because the stores were already closed because of the virus, Microsoft decided to just keep them closed.

Microsoft says it is now pushing full steam ahead with its online storefronts, which are enjoying growth. In fact, Microsoft.com, Xbox, and Windows stores are used by 1.2 billion people across 190 countries each month.

“Our sales have grown online as our product portfolio has evolved to largely digital offerings, and our talented team has proven success serving customers beyond any physical location,” said Microsoft Corporate Vice President David Porter. “We are grateful to our Microsoft Store customers and we look forward to continuing to serve them online and with our retail sales team at Microsoft corporate locations.”

The company says it will take a financial hit from this decision in the shape of a pre-ax charge of $450 million. This will be reflected in its current quarter financial results to be announced next week (June 30).