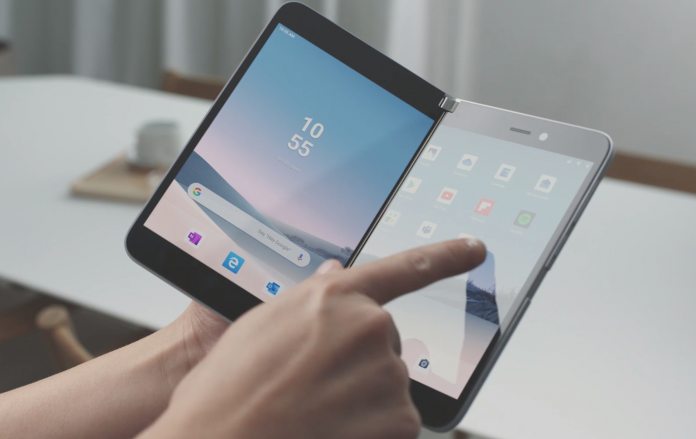 At its Surface event last year, Microsoft had a significant “one more thing” moment when it revealed the Surface Duo smartphone and Surface Neo 2-in-1. While the Windows 10X Neo has been postponed, we’re still looking forward to the release of the Duo. As you probably know by now, the smartphone runs Android.

Yes, that’s still a lot to take in for people who have charted Microsoft’s history with mobile hardware. However, it makes sense for the Surface Duo to be Android for a multitude of reasons that would take this article off course.

Microsoft has already said the Surface Duo will run Android 10 out of the box. That’s the latest version of Google’s mobile platform. Still, the Android world moves fast, and Android 11 is currently in beta and will launch this fall.

The good news for prospective Duo customers is Microsoft has already prepared to update to Android 11. According to Windows Latest, the device will receive the Android 11 update soon after Google rolls it out.

Interestingly, this seems to show a commitment from Microsoft to be amongst the first OEMs to adopt the latest Android releases. In doing so, the company will avoid one of the biggest issues on the platform… fragmentation.

Hundreds of millions of Android users are still on Lollipop, Marshmallow (2015), and Nougat (2016). Those three versions are not even supported by OEMs anymore. No Android version holds over 35% of the market, a problem Google hopes to solve with new Android releases.

The company’s Project Treble seeks to get more devices updated to new Android versions sooner. It is unclear if it will work by it seems Microsoft is on board and the Surface Duo will be on Android 11 sooner than most.

While Microsoft introduced the Android-running Surface Duo last October, the company has been tight lipped on a specific launch. In fact, Redmond has stuck to a “late 2020” launch Windows since that reveal. Recent leaks suggest the smartphone could land as early as this summer, with August a mooted release time.