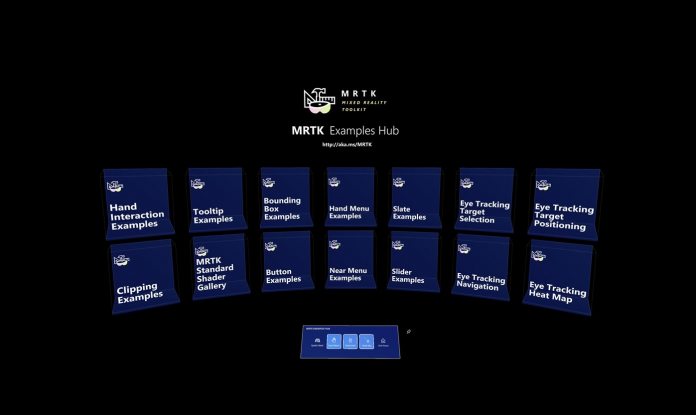 Microsoft has launched a new application for its Mixed Reality Toolkit (MRTK). Called MRTK Examples Hub, the application gives developers tools to use sample scenes from the toolkit.

If you are unfamiliar with MRTK-Unity, it is a Microsoft toolkit that hosts several features and tools. Developers can access the project to accelerate their Mixed Reality creations built in Unity across platforms.

When using MRTK-Unity, developers have access to basic templates for creating applications for Windows Mixed Reality, OpenVR, and Microsoft HoloLens. The service also has an in-editor simulation for testing solutions in real-time.

It supports the following systems:

With MRTK Examples Hub, users can tap into these example scenes efficiently. WalkingCat has published a video highlighting how the application works:

Here are the app features:

You can check out MRTK Examples Hub at the Microsoft Store here and MRTK is available on Github here.