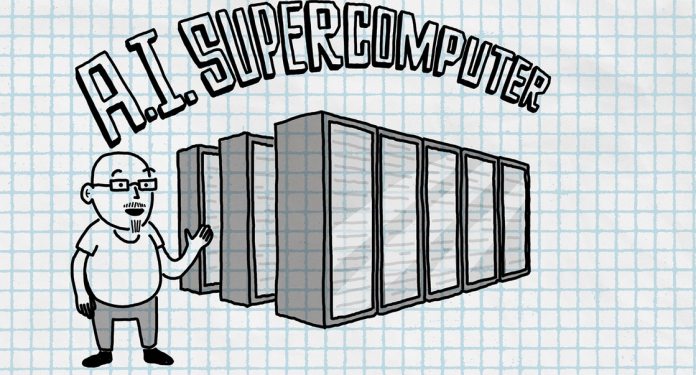 A year ago, Microsoft announced a collaboration with OpenAI, where Microsoft invested $1 billion in the company to have Azure power all OpenAI’s services. The AI leader also made Microsoft its partner for commercializing AI solutions. At Build 2020, the companies announced the first product under this partnership, a hugely powerful supercomputer.

Microsoft says this is one of the five most powerful computers in the world. It is used to train OpenAI and Microsoft artificial intelligence models. The main goal of the system is to drive a new era of human-like AI solutions.

Hosted in Azure, the supercomputer is capable of at least 38,745 teraflops per second and as high as 100,000 teraflops. This minimum and peak performance would place the system in the top five of the TOP500 supercomputer list.

At Build 2020, Microsoft wanted to discuss the hardware used in the collaboration with OpenAI. Under the hood there are 285,000 CPU cores, making this hugely powerful while using less cores than any other supercomputer in the top five ranking.

Elsewhere, the system has 400 gigabits of data bandwidth for every GPU server and 10,000 GPUs.

This is not the first time that Microsoft has worked with OpenAI. Back in 2016, the companies announced an Azure deal that included the use of robotics. The partnership saw OpenAI adopt Microsoft Azure cloud services as its “preferred” platform for artificial intelligence development.