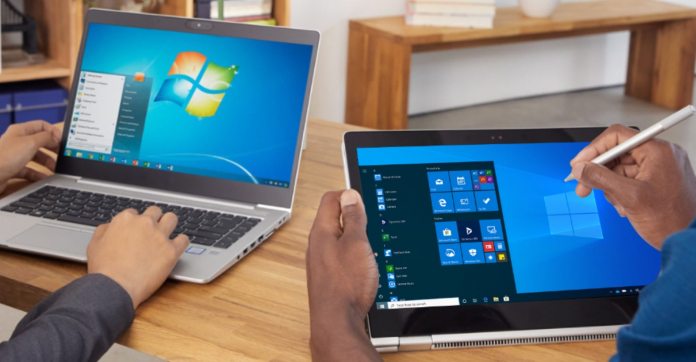 Windows 10 suffered a rare dip in Market share through April. According to NetMarketShare, desktop user share changed during the month with Linux, Ubuntu, and Apple’s macOS gaining ground on Windows 10. Furthermore, Windows 7 continued its gradual decline following end-of-support in January.

As for Windows 7, it remains the second most used platform with 25.59%.

There are a few interesting things to discuss from its data. Firstly, it’s always amazing just how robust Windows 7 is. Despite being over a decade old and no longer receiving security updates, the OS has a wider market share than all non-Windows platforms combined.

That is partly problematical for Microsoft. The company wants those Windows 7 users to be on Windows 10. End-of-support for Win7 was supposed to open the flood gates. However, while the gates are open, it’s more like a trickle. Windows 7 is no longer growing – as it did in March – but it’s clear many organizations are not jumping ship just yet.

Elsewhere in the report, it’s interesting to see macOS and Ubuntu/Linux gaining some market share. It should be noted, those two platforms have not necessarily taken customers from Windows 10. Instead, NetMarketShare calculates based on usage. In other words, less people used Windows during the last month.

Of course, the reason for that seems to be COVID-19 and the fact less people are using PCs at work. Still, the decline was small and needless to say, Windows 10 remains the dominant desktop operating system.