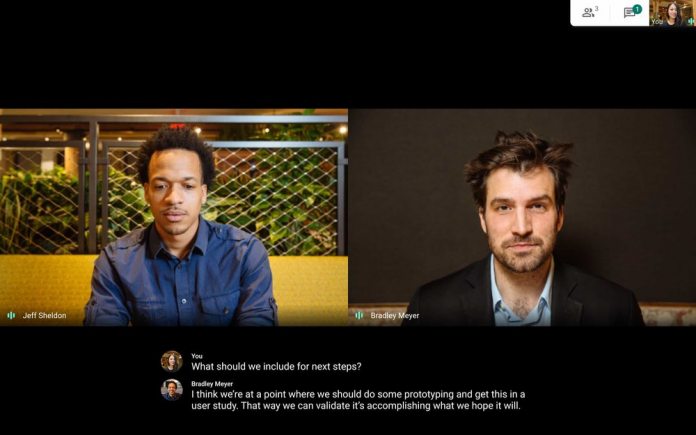 Google Meet has enjoyed significant growth during the coronavirus outbreak, but it still trails Zoom. In an effort to gain some of Zoom’s users, Google has announced Meet is now available for free and to everyone.

Google Meet is baked into the company’s G Suite service and is focused on education and enterprise users. During the pandemic, Meet’s userbase has increased to over 100 million (a 30x growth). Google wants to go to the next stage and reach more people.

With the free version, Google says it will be rolled out to users in stages to ensure stability.

“It’s important that everyone who uses Meet has a secure and reliable experience from the start, so beginning next week, we’ll be gradually expanding its availability to more and more people over the following weeks.”

Amid the COVID-19 pandemic, the communication market has become one of the hottest in tech. All major players have seen their service enjoy significant increase, such as Microsoft Teams and Slack. On the video side of the communication, Zoom has enjoyed more growth than rivals, leaving the likes of Microsoft, Google, and Facebook playing catch up.

We have seen how Microsoft pointed to Skype as a Zoom alternative, and Facebook as recently launched Messenger Rooms.

There are two things worth noting. Firstly, even though Zoom has outpaced the Microsoft, Facebook, and Google in video communication, those tech giants have still seen their own platforms grow in a COVID-19 world. Secondly, I could make a good case for saying Skype, Messenger Rooms, and Google Meet are better tools than Zoom.

Zoom’s success was one of those lightning in a bottle moments where the company was simply in the right place at the right time. Since the COVID-19 outbreak took hold, Zoom’s daily users have increased from 10 million to over 300 million.

Since that meteoric rise, the company has faced numerous problems. So much so, Zoom’s CEO admitted the company was simply not prepared to become so popular.