Few companies have ridden the tech rollercoaster in quite the same was as Zoom in recent weeks. From having 10 million users in December, the video communication app saw that number rise to 200 million in March as the COVID-19 pandemic swept the world. From that amazing high, there have been plenty of lows as problems have plagued Zoom.

The latest issue facing the platform has seen thousands of private recordings become available online and available to anyone. According to The Washington Post, security researcher Patrick Jackson found 15,000 recordings when scanning unsecure cloud storage.

There’s a chance this was caused by users mistakenly uploading private recordings to public servers. However, there’s clearly some design element that pushes this mistake if so many are making it. Jackson agrees with this, telling The Post that Zoom should be cautioning about the potential for error.

Certainly, the company is doing that in hindsight, telling Mashable that users should be careful when uploading recordings.

“Zoom notifies participants when a host chooses to record a meeting, and provides a safe and secure way for hosts to store recordings. Zoom meetings are only recorded at the host’s choice either locally on the host’s machine or in the Zoom cloud. Should hosts later choose to upload their meeting recordings anywhere else, we urge them to use extreme caution and be transparent with meeting participants, giving careful consideration to whether the meeting contains sensitive information and to participants’ reasonable expectations.”

Since becoming the go-to video communication platform during the coronavirus outbreak, Zoom has had its fair share of problems. For example, bad actors have been infiltrating meetings and ZoomBoming participants. The company also removed data sharing with Facebook over concerns regarding GDPR rules.

This week it emerged a vulnerability has been found that allows hackers to get the Windows login details of users. Last week, the company’s CEO, Eric S. Yuan said the company did not expect to see a growth in popularity and was not prepared for it.

To help expediate fixes for problems on the platform, Zoom has cancelled all new feature development for 90 days. 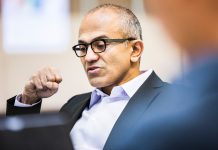