When Microsoft Edge was launched alongside Windows 10 in 2015, it was a web browser that looked like it was rushed out before it was ready. Certainly, it lacked the features of Google Chrome and Mozilla Firefox. Since then, Edge has come a long way and its growth has been cemented by NetMarketShare.

Indeed, Microsoft Edge is now the second most popular web browser in terms of market share. According to the March 2020 report from NetMarketShare, Edge has surpassed Firefox.

Again, looking back it is amazing Microsoft Edge has come this far. Microsoft has fleshed out the feature set of the browser, but it still feels like the last year has been the catalyst for the new growth.

At the end of 2018, Microsoft announced it would be removing Edge from its EDGEHTML rendering and moving it to Google’s Chromium engine. This is the same underpinning framework that Google builds Chrome on. 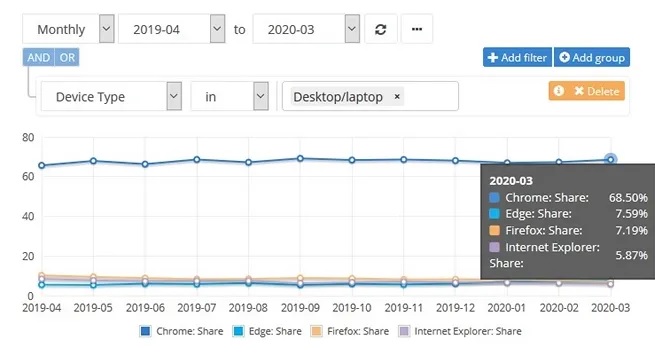 Since moving to Chromium (in preview through 2019 and launched fully in January), Edge has shared features with Chrome. While many questioned Microsoft’s decision, including Mozilla, it seems to have paid off.

NetMarketShare shows Microsoft Edge took 7.59% of the market while Firefox had 7.19%. As for Chrome, Google’s browser remains the runaway dominant service with 68.50% of the market.

Of course, Chrome’s dominance is unlikely to be challenged anytime soon. However, Microsoft will argue by moving to Chromium, it is providing a genuine alternative to Chrome that has near feature parity.

NetMarketShare does not offer any insight about whether Edge’s growth came at the expense of Firefox. While the browser claimed more market share, it is unclear if this meant people switched from Firefox to Edge. 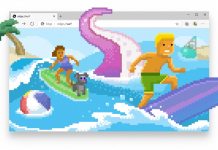