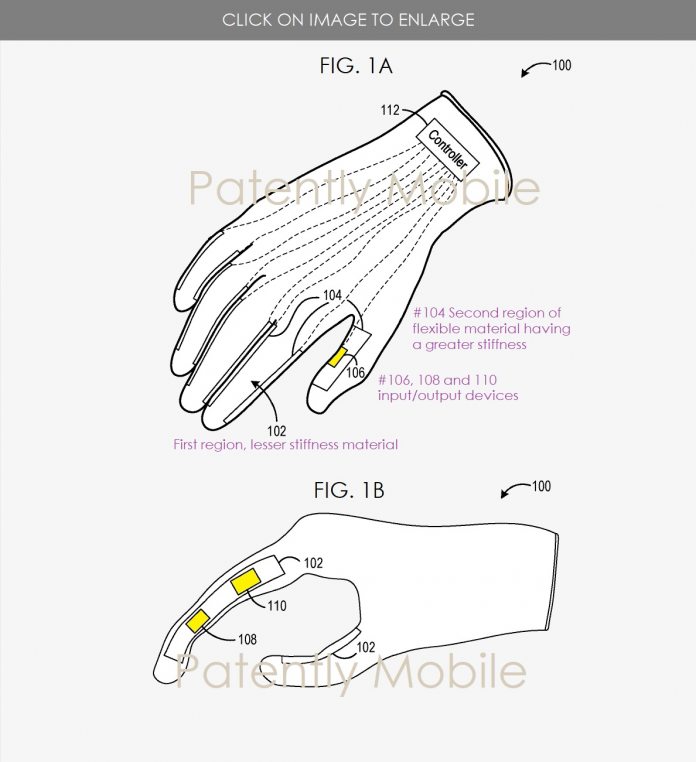 Back in November, Microsoft made steps into smart fabric development with a patent for electronically functional yarn. Essentially, the technology bakes computational power into woven fabric. In a new patent, Microsoft has taken its smart fabric idea a step further with a smart glove idea.

In the patent, Microsoft discusses a smart glove that has areas of differing stiffness. This allows the smart fabric to host an input and output device. The wearable will allow users to connect devices such as touch screens, game controllers, and keyboards.

Here’s how Microsoft describes the technology in a patent:

“In some embodiments, the input subsystem may comprise or interface with selected natural user input (NUI) componentry. Such componentry may be integrated or peripheral, and the transduction and/or processing of input actions may be handled on- or off-board.

Example NUI componentry may include a microphone for speech and/or voice recognition; an infrared, color, stereoscopic, and/or depth camera for machine vision and/or gesture recognition; a head tracker, eye tracker, accelerometer, and/or gyroscope for motion detection and/or intent recognition; as well as electric-field sensing componentry for assessing brain activity.”

Tech companies not associated with fashion or clothes are already on the smart fabric train, including Samsung, Apple, and Google. Microsoft too is laying the groundwork for its own solutions.

Microsoft shows how the textile structure will be comprised of parallel weft yarns alongside parallel non-functional warp yarns. Researchers would be able to include electronic functionality distributed across the non-functional yarn.