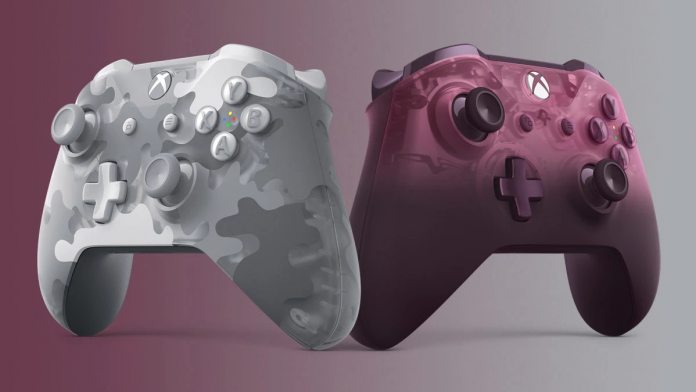 Microsoft is promoting the pair of peripherals as ideal for Xbox One users who collect Xbox Wireless Controllers. I never personally knew that was a thing, but Microsoft says that it most definitely is.

Either way, let’s take a look at the new controllers.

The new Xbox Wireless Controller Phantom Magenta Special Edition is the third controller in the Phantom Series. It has a clear sci-fi inspired design which Redmond says is similar to “Ghost in Shell” and “Ex-Machina”.

Microsoft’s Phantom Magenta controller is launching March 17 and coasts $69.99. It is open for pre-orders from today from the Microsoft Store.

The Xbox Wireless Controller Arctic Camp Special Edition is the second in Microsoft’s Camo series of controllers. It has a Winter Camo design colored in white and grey.

“By using frosted transparent resin in the camo pattern, the controller camouflages itself from the inside-out. The diamond-texture on its triggers helps maintain a level of extra technical precision in this series.”

Microsoft will launch the Arctic Camp controlled in May. Again, pre-orders are open today across the globe from Microsoft Stores and retail partners.

There is also separate charging stands available for the controllers coming to customers in North America for $49.99.