Microsoft has this week announced a new Bing Webmaster Tools experience for webmasters. According to the company, the new interface has been developed following customer feedback. Webmasters complained the old tool was slow.

Listening to the problems customers had with Bing Webmaster Tools, Microsoft made relevant changes to address them. The result is a new interface that offers a refreshed portal that strives for a modern touch.

Indeed, Microsoft says the Bing team worked on the new portal under some core guiding principles. The new Bing Webmaster Tools needed to be “Cleaner and Responsive with Faster and more Actionable tools.”

Part of the change was focusing on improvements for the backend datastore. Specifically, Microsoft updated the datastore to allow smoother extraction of data. Elsewhere, a new user interface allows webmasters to work better within the portal.

Flexibility is also important for customers, so Microsoft made the service easier to access across devices.

At the moment, Microsoft is keeping the availability of the new portal limited to select users. That initial roll out is happening this week, with the company expecting all users to receive the update by the first week of March. 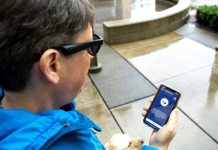