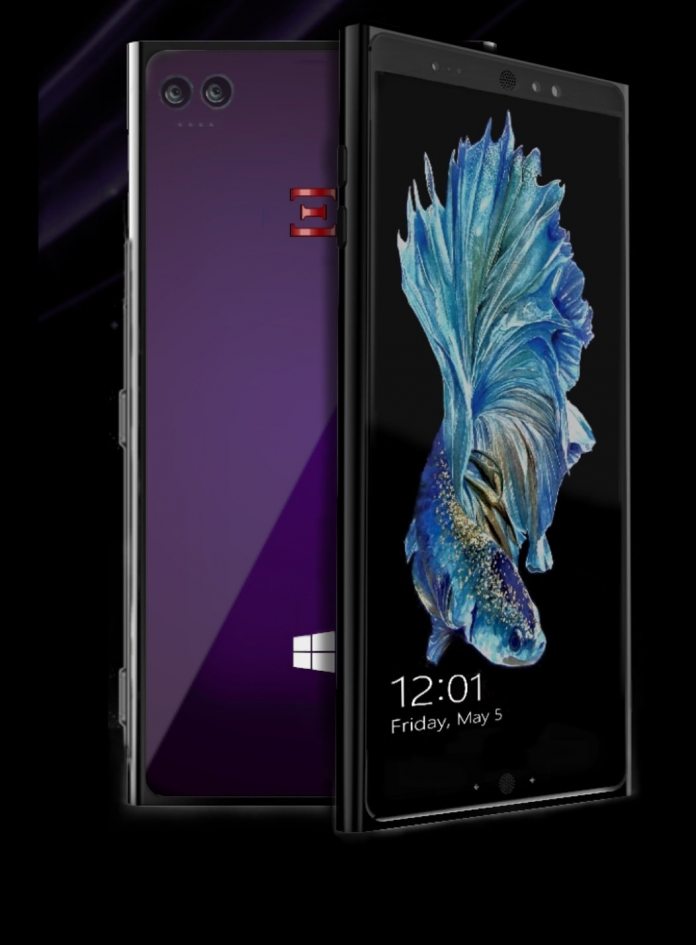 Windows on mobile seemed dead in the water after Microsoft abandoned the Windows Phone ship several years ago. While Redmond has now moved onto Android with its upcoming Surface Duo, it seems Windows as a mobile OS could be salvaged… at least in some capacity.

UK-based company Emperion has offered more details on its Nebulus smartphone. The device could appeal to fans of the old Windows Phone experience. According to the company, the device runs Windows 10 on ARM but is also capable of running Android apps.

In other words, users could get a Windows environment but still access apps, something that was arguably the biggest problem Microsoft failed to overcome.

As this is Windows 10 on ARM, it is not the exact Windows Phone experience. However, Emperion says the software on Nebulus was developed with Microsoft’s collaboration. The company has been teasing the handset for months but has now confirmed some of the technical details.

After a lengthy development, the #Nebulus has joined the #Windows10 #ARM future!
(We did say big things had happened! 😏)#smartphone #Windows #Convergence #ByeAppGap #freedom pic.twitter.com/Y7BYE90mkI

Described as a Windows 10 + Android smartphone, the Nebulus runs an ARM-based Qualcomm Snapdragon 845. Emperion continues to promise a 2020 launch and a price of £549 ($713), placing the handset in the mid-range market.

Speaking to Windows Central, developer Jeremy Sinclair discussed how the Nebulus is 100% a smartphone. In other words, it is not hampered by the fact Windows 10 on ARM does not support phone calls.

He didn’t say how that is possible but said Microsoft has been “instrumental in helping us put Nebulus together”.

The promise of Android app support is all the more exciting after Sinclair confirmed the apps won’t run in emulation. Taking advantage of Windows, the device will also work as a desktop through wireless and USB-C.

Previously, Emperion has detailed other specs including two 13-megapixel cameras on the rear and a 10.5-megapixel front facing lens. Elsewhere, there is a 6,000mAh battery, 6.9-inch display, and 128GB of expandable storage. All-in-all, a solid package at the price point.

Looking at the Nebulus, it even looks like a Windows Phone device, albeit with a modern twist.