Earlier today, Microsoft made a big push in education by announcing several new updates across much of its educational output. Leading the way are a slew of new education focused Windows machines that will sport Microsoft services like PowerPoint and OneNote integrated. Furthermore, Microsoft is driving its Always Connected PC (Windows 10 on ARM) concept through a partnership with T-Mobile.

Let’s start with that collaboration. Microsoft’s Always Connected PC concept has taken a while to get going. Windows 10 on ARM devices have not bridged the gap between laptop and mobile in the way the company hoped. However, as the new generation of hardware offers improvements, Microsoft is targeting the education market.

Certainly, Google has gained traction in the always connected market in education with its Chromebooks. Its one of the few areas where Chrome OS is besting Windows. Microsoft wants to address the balance and has teamed with T-Mobile to help.

Through the partnership, Microsoft will set up a testing program for schools in rural areas. Select school districts in deprived areas will get the opportunity to test the latest Always Connected PCs. T-Mobile will handle SIM cards and free 4G LTE.

Microsoft is also expanding this concept outside the United States, albeit with Vodafone (and its African subsidiary Vodacom). In other regions, cellular plans with an education focus will be given to customers.

Speaking of Always Connected PCs, there’s a couple of new examples in a collection of education-focused hardware Microsoft revealed.

Namely, Positivo and JP.IK are releasing a pair of always connected laptops, the Positivo Wise N1212S and the JP.IK Turn T101. Microsoft describes them as the most affordable always connected devices on Windows so far. The JP.IK costs $299 and the Positivo $575. Both laptops will be available from the summer.

Elsewhere on the Windows 10 education hardware sector, 14 laptops will receive updates in the coming months. Major brand laptops from Dell, HP, Acer, and Lenovo are included. Among the updated models, there will be devices sporting Intel’s latest Gemini Lake CPUs. 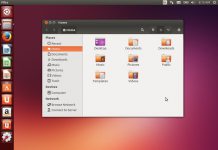