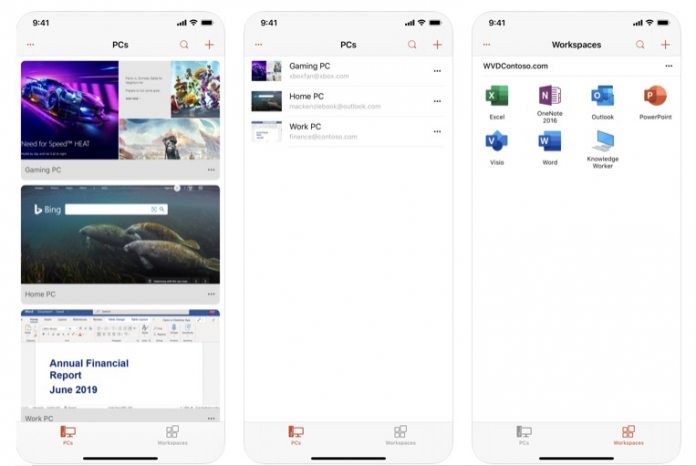 Back in November, Microsoft issued its first update for Remote Desktop on iOS in over a year. Now it seems the company is putting more development into the app because another release is now available. This is yet another major update that adds plenty of new tools to the app.

There’s an extensive changelog accompanying this release. Leading the new features is support for RDP files and RDP URIs, which can now be launched on Remote Desktop.

Elsewhere, Microsoft has made workspace headers collapsible to make the UI more functional. Furthermore, there are numerous tweaks to how the app behaves. That said, there have also been some removals, such as the force-touch gesture for mouse right clicks.

You can check out the full changelog from Microsoft below:

“It’s 2020 and time for our first release of the year with new features and bug fixes. Here’s what is included in this update:

We’re committed to making this app the best Remote Desktop client for iOS and value your feedback. If you encounter any errors, you can contact us via Settings > Report an Issue.”

You can download Remote Desktop from the App Store here.

As mentioned, Remote Desktop gained its first major update in a year back in November. For that release, Microsoft decided to overhaul the app.

Among the new additions to the Microsoft Remote Desktop experience is support for the Windows Virtual Desktop (WVD). Elsewhere, Microsoft has included an overhaul of the Connection Center UI. Speaking of UI, a new in-session UI when moving between connected PCs and apps has been added.