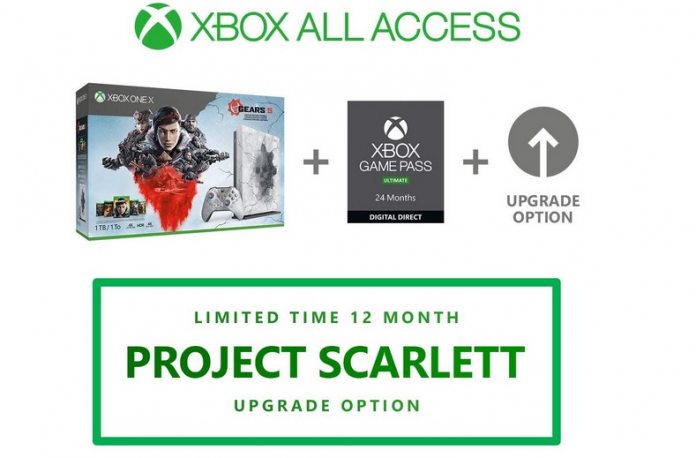 Late last month, Microsoft confirmed its Xbox All Access bundles would be returning this holiday season. Now the initiative is up and running in the United States. Over the coming days and weeks, the All Access program will become available in other major Xbox markets. It is already available in Australia and the UK.

Xbox All Access is a service that allows customers to spread the cost of an Xbox One bundle. Instead of paying one upfront large payment, the consumer can pay monthly installments.

In the bundles, there is an Xbox One console, 24 months of access to Xbox Game Pass Access, and an option to upgrade to Xbox Scarlett. Customers can choose between bundles featuring the Xbox One S or more powerful Xbox One X.

Prices starts at $19.99 per month with an Xbox One S and Xbox Game Pass included. Game Pass subscription service that provides access to all Microsoft Studios games and many other third-party titles. It typically costs $9.99 per month.

From that base bundle, numerous packages are available up to $30.99. This most expansive package includes an Xbox One X, Game Pass, and a game (such as Gears 5). If you want to see all available bundles, check out the official Xbox All Access Amazon page here.

As we reported last month, this year’s All Access bundles also come with an upgrade path to the Xbox Scarlett. Microsoft’s next gen Xbox will launch in during the holiday season 2020.