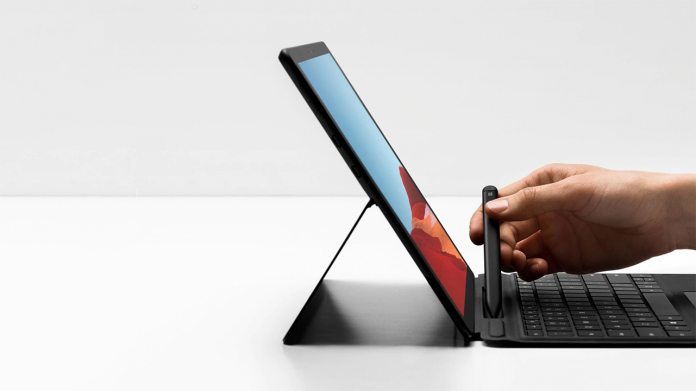 As we reported on Tuesday, the Surface Pro X launched to tepid reviews. Alongside its simply average battery life, one of the major criticisms was its inability to run many apps. There hasn’t been a ton of communication about this on Microsoft’s end, so it’s up to the community to figure out exactly which apps are compatible.

What is clear is that like other ARM devices, the Pro X can only install 64-bit apps if they’ve been ported to ARM64. That’s as simple as a switch toggle for some developers, but they have to be convinced it’s worth their time. If an app has a 32-bit variant, you can run that on ARM instead, but performance will suffer significantly.

MSPowerUser has dug up this support article from Microsoft on app compatibility for the Surface Pro X. It’s a copy of the article that was accidentally published in February of last year. Essentially, it says drivers for hardware, apps, and games will only work if they’re designed for Windows 10 on ARM. Without the proper drivers, you can’t expect an app or game to work as expected.

Games that use an OpenGL version later than 1.1 are also out. Considering OpenGL 1.1 was released in 1997, titles that use that API will be few and far between. Additionally, games that don’t use OpenGL but use an anti-cheat solution not optimized for ARM also won’t work.

When it comes to security, it’s hit or miss. Microsoft just says you can’t install “some” antivirus software. Windows Security will work, though, and you probably don’t need much more than that. You also can’t use Windows Fax and Scan or most assistive tech, cloud storage, and IME apps.

That’s a whole lot of cants, but it still doesn’t answer if your favorite app is available. Thankfully, the ever-vigilant r/Surface community on Reddit is on the case. This spreadsheet is slowly being populated with information for desktop and UWP apps.

In terms of games, Rocket League will run at 40-55 fps. It’s also confirmed that you’ll be able to run Warcraft III and Diablo. None of these games have native support, so there’s still some hope for the occasional gamer. Unfortunately, Hearthstone, Overwatch, and Starcraft II don’t work at this time.

Of course, the real purpose of the Surface Pro X isn’t gaming, but productivity on the go. There’s mixed support in that regard. Adobe apps that have 32-bit versions, such as Photoshop and Illustrator, will work. 7-zip can be compiled safely or run via the old Windows RT version, but there’s no official support. As you’d expect, the entire Office suite runs flawlessly, including ProPlus.

Even so, apps working doesn’t mean a perfect experience. Apps with a x86 version work thanks to emulation, but this has a significant impact on battery life. That includes Google Chrome, so you’re far better off grabbing Chromium Edge.