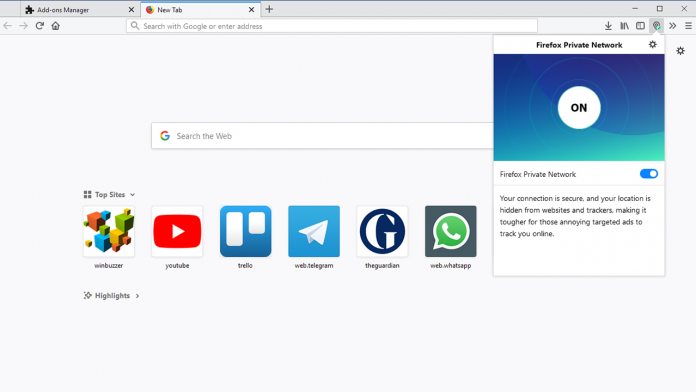 Mozilla is opening sign-ups for its improved Firefox Private Network VPN. The privacy-focused service still has a free option for US users, but it’s now more limited.

Rather than the unlimited free access of the early testing, regular users will get 12 hours of free time each month. These come in the form of four three-hour passes that are designed to keep you safe while using public Wi-Fi networks. There’s also a chance of unlimited access for the app’s improved closed beta:

“For unlimited access, you have the opportunity to join our invite-only VPN beta
We’re nearly ready to invite our beta testers to try out Firefox Private Network full-device protection,” said Mozilla in a post on the Private Network site. “You can join the waitlist right now — before we open it up to the public. This invite-only VPN beta will protect your entire device and offers the option to switch between servers in 39 countries.”

Right now, the public version of Firefox Private Network features encryption and routes the user through a Cloudflare proxy server. It also blocks trackers. However, it’s lacking many basic features of a VPN, including details about the server you’re connected to, a killswitch, and the ability to select different regions.

It sounds like the closed beta will at least address that last complaint, with 39 available countries. Even so, it doesn’t seem that Mozilla’s solution can provide the same level of security as a traditional VPN. Being browser-based, it doesn’t protect traffic from external applications. Additionally, both Mozilla and Cloudflare are located in the US, a five-eyes country that may be able to compel certain logs.

As a result, it’s less for privacy enthusiasts and more for casual users who want to protect their personal details when browsing in a café or bar. With its free plan, it could prove successful in the damage limitation everyday users aren’t willing to pay for.