Mozilla has committed to a more frequent release schedule for its Firefox web browser. In an announcement, the company says it will now roll out new updates every four weeks. Previously, new Firefox releases were sent out every six weeks.

Of course, this means new Firefox versions will be available on a monthly basis. However, it will not happen until the first quarter of 2020, which is when the new schedule goes live.

Looking at Firefox ESR (Extended Support Release for enterprise users), Mozilla says now changes to the release schedule will be made. This means new updates will continue to arrive every 12 months as normal. In other words, the next ESR will land in June 2020, and the next in June 2021, and so on.

“Shorter release cycles provide greater flexibility to support product planning and priority changes due to business or market requirements. With four-week cycles, we can be more agile and ship features faster, while applying the same rigor and due diligence needed for a high-quality and stable release. Also, we put new features and implementation of new Web APIs into the hands of developers more quickly,” Ritu Kothari, Firefox release management team, and Yan Or, Product Integrity team for Firefox, says. 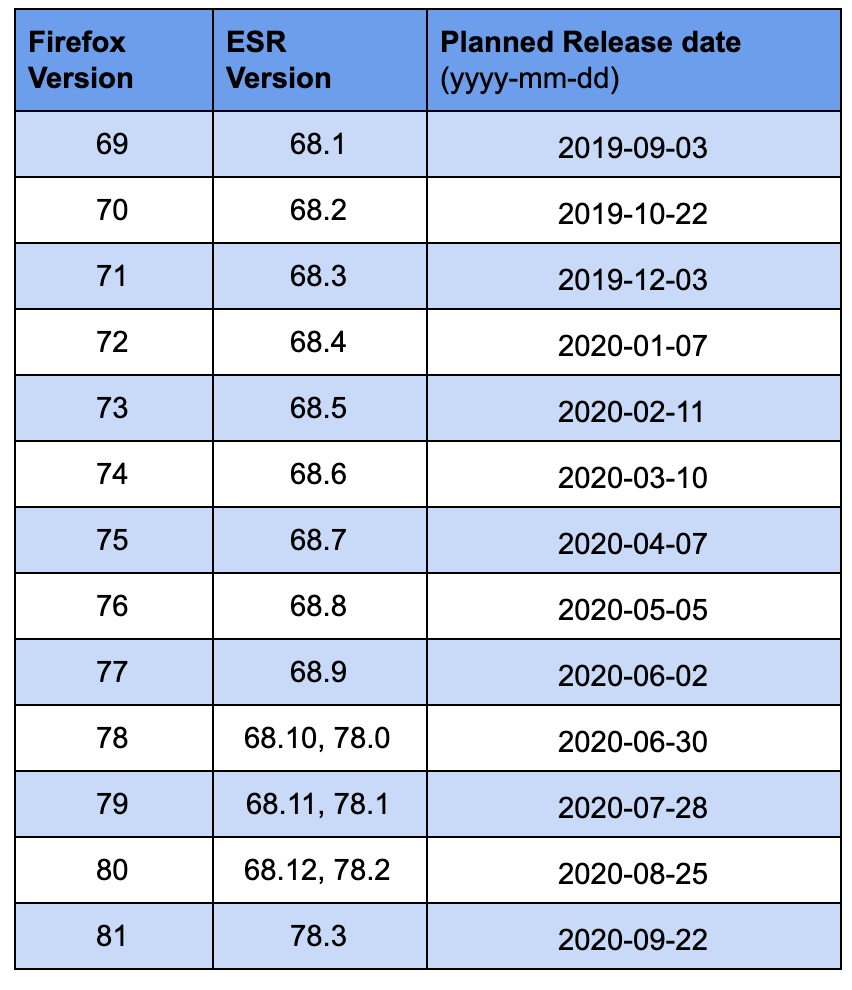 Firefox 70 is the next major release for the browser, which is expected to launch on October 22. Going by the current six week release cycle, Firefox 71 will drop on December 3. Moving into 2020, the schedule will change.

That means Firefox 72 will be made available on January 7, with Firefox 73 arriving four weeks later on February 11.