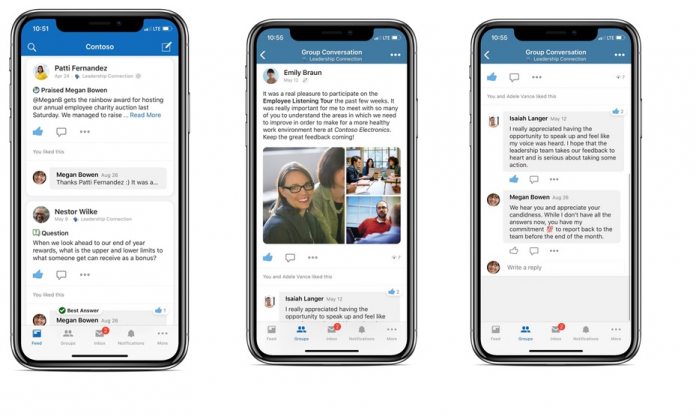 Microsoft has announced some important new tools for its Yammer mobile application. Available on the Android and iOS versions of the app, users can now access a new conversation experience.

With this latest update, Microsoft is expanding on a recent major overhaul of the Yammer experience on mobile. As mentioned, a new conversation mode is available that includes new threading architecture. Microsoft says this allows interesting and important conversations to be highlighted more efficiently.

Microsoft says the new card-based design allows users to focus on the most important conversations. Indeed, Yammer has had a redesign in its content feed, including new icons, fonts, colors, and formatting.

With this update, Yammer on iOS has bumped to v7.41.0 and on iOS is now on version 5.6.12. You can download the app from the App Store here and from Google Play here.