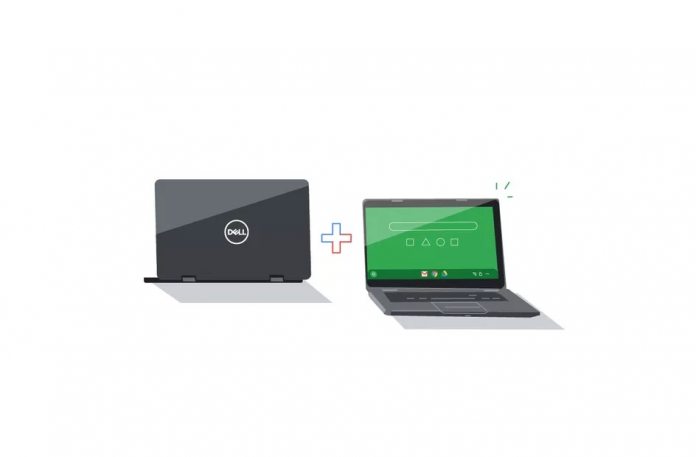 Over the years, Google’s Chrome OS and related Chromebook hardware have become viable alternatives to Windows PCs. However, Microsoft’s platform has remained dominant, especially in enterprise. There are reasons why that is the case, but Google has announced a partnership with Dell for new Chromebook Enterprise devices that could address the balance.

Microsoft has been the dominant force in enterprise for decades. However, as computing modernizes and changes, there could be a window for rivals to compete more directly. Google has been working to fill the gap but has largely struggled to do so.

Part of the problem with Chromebook’s is Chrome OS itself, which requires an internet connection to work. That has presented a severe limitation to organizations who may not want to be connected at all times to have any deep functionality.

With computing needs changing, the limitations of Chrome OS could be lessening as cloud adoption continues to soar. Google believes it can now compete more evenly with Microsoft through Chromebook Enterprise devices from Dell.

Interestingly, Dell has traditionally been (and indeed remains) one of Microsoft’s biggest partners. The company will develop a pair of its enterprise-ready Latitude laptops in Chromebook form running Chrome OS. One will be a standard laptop while the other will be a 2-in-1 device.

Of course, the easy critique is to say Dell has simply repurposed Windows-based Latitude devices for Chrome OS. While this is mostly true, Google says the Chromebook Enterprise laptops feature a more extended suite of Dell’s cloud-based services.

Another limitation preventing Chromebooks from competing with Windows has been organizations have Windows spread across multiple devices. Changing the whole operation of an organization is challenging and expensive. With Chromebook Enterprise hardware, Google is clearing that hurdle. The company says cloud services from Dell allows IT admins to integrate the devices within Windows environments more seamlessly.

Dell’s 14-inch Latitude 5400 will be available $699 as standard, while the 13-inch Latitude 5300 2-in-1 will start at $819. Both devices have configurations up to an Intel 8th Gen Core i7 CPU, up to 32GB of RAM, and up to 1TB of SSD storage. For organizations updating devices, the 8th Gen processors may be underwhelming considering Dell recently launched the first laptops with Intel 10th Gen Core CPUs.

Still, this is just the start of the Chromebook Enterprise journey for Google. The company says more hardware partners will be announced.

Whether Microsoft sees this as a threat remains to be seen, but it is clear Google is setting Windows in its sights. How Redmond responds will be interesting.