Electronic devices getting hot when being used is a fairly common occurrence. Even new smartphones and laptops with the best cooling technology still run hot. The next time you’re playing a game on your handset, check how hot it can get in the process. A Microsoft Patent has been published that aims to solve device heating issues.

In the Microsoft Patent, the company describes a control system that will manage thermal levels in a device. With a focus on mitigating overheating issues, the technology would function on gaming consoles, PCs, tablets, and other hardware.

WindowsLatest spotted the patent, which discusses the use of an internal controller that measures the power load of a device before creating a thermal marker. The tool will then take another measure of power load at a different time to compare.

In its patent note, Microsoft explains how the thermal control system works:

“The method comprising determining a measure of a power load of the device, determining an adjustment to make to a cooling mechanism control variable by computationally combining at least a setpoint-dependent term that is based on a comparison of a thermal setpoint to a current temperature and a setpoint-independent term that is based on the measure of the power load of the device, and adjusting the response of the cooling mechanism based on the adjustment determined,” Microsoft explains. 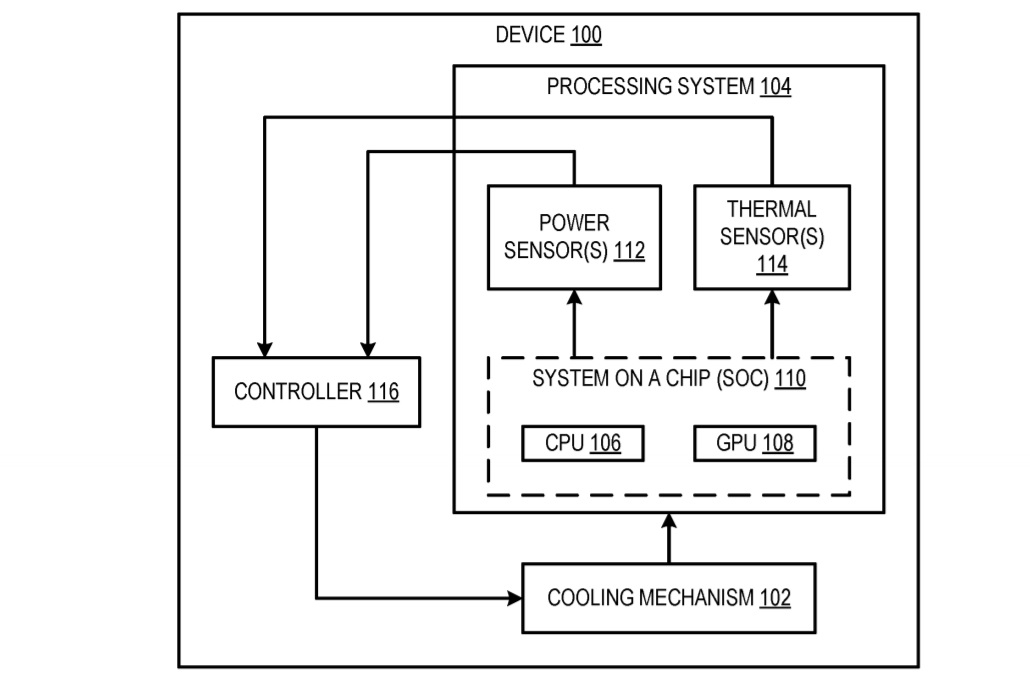 As always, this is no guarantee that the technology will be developed fully. Sometimes Microsoft used patents to cover its bases and prevent other companies from creating similar solutions.

That said, the thermal control solution seems like the sort of technology that will be introduced. It would certainly help Microsoft manage periods of excess heat in its own Surface hardware. As always, we will keep you updated on this technology.