Microsoft has consistently been the dominant force in the Software as a Service (SaaS) market over the years. During the last quarter, the company continued to lead its rivals by claiming a 17% market share. Synergy Research Group says Microsoft has managed to record growth and extend its lead.

Indeed, the market researcher points to a 34% growth quarter-on-quarter that allowed Microsoft to extend its lead over other SaaS companies. Still, it is worth noting growth is falling for the company. Synergy puts the decline down to Microsoft already growing to huge scale and points out Microsoft’s growth is still outpacing the market.

“While Microsoft’s growth rate is diminishing due the massive scale it has achieved, over the last four quarters it has averaged 34%, comfortably higher than the overall market growth rate.”

Microsoft is followed in the SaaS market by Salesforce, Adobe, SAP, and Oracle in the top five vendors list.

Included in the second tier of SaaS providers below the top five is Google, which recorded the largest growth rates during the frame.

During Q1, the enterprise SaaS market took over $23 billion in overall revenue, with Synergy predicting the market will surpass a $100 billion annual figure through the next quarter.

“In the first camp you have companies like Microsoft, SAP, Oracle and IBM that have a huge base of on-premise software customers that they can convert to a SaaS-based consumption model. Born-in-the-cloud vendors include Workday, Zendesk, ServiceNow, Atlassian and Splunk, who tend to have much higher growth rates. Meanwhile Google and Cisco are making an impact in the SaaS market, via Google’s G Suite and Cisco’s collaboration apps and multiple software vendor acquisitions. 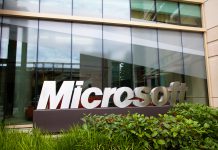