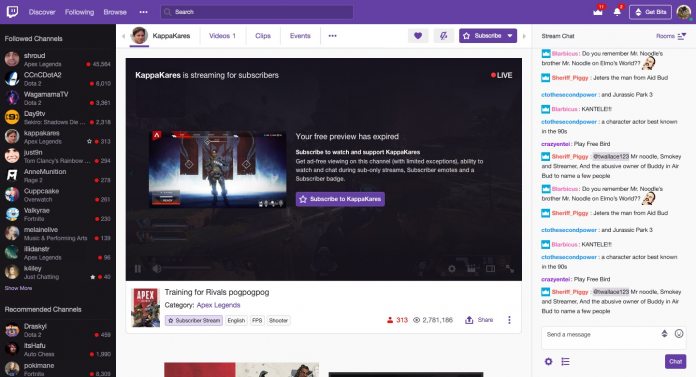 Twitch is the leading online platform for game streaming, and it is completely free to use. However, the company also has a paid subscription level that gives users some extra perks, such as exclusive chats and custom emotes.

Now Twitch is aiming to give its subscribers more through a new beta tool called Subscriber Streams. As you may be able to gather, this feature provides streams that are exclusive to a channel paying a subscription.

Twitch says Subscriber Streams will give users an added reason to subscribe to their favorite streamers.

There are some requirements in place before you can access Subscriber Streams:

In its official announcement, Twitch says Subscriber Streams should not be considered a way of making stream private. All users will be able to preview the content on a channel and then decide if they will subscribe.

As mentioned, Twitch is the leading platform for game streaming. While other companies have tried to compete with the company, most efforts have struggled. For example, Microsoft’s Mixer was a robust alternative to Twitch, boasting interesting features.

However, Microsoft is now reportedly removing staff from the Mixer team. Yes, that’s always a sign a service is struggling, and Mixer is now looking like it might become a failed project.