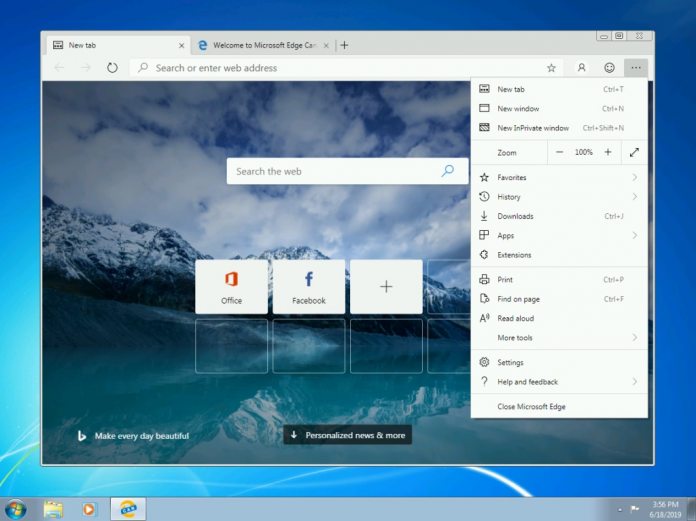 Microsoft’s Chromium Edge browser has been available in preview since early April, but has been limited to just Windows 10 on the company’s own ecosystem. After promising the Chrome-based Edge will be cross-platform, Microsoft rolled out the preview to Mac users. Now, the company has officially launched Chromium Edge on legacy Windows builds.

Specifically, the web browser preview is now available to users running Windows 7, Windows 8, and Windows 8.1. If you want to check out those previews, they are available from microsoftedgeinsider.com.

The company is now a step closer to bringing Chromium Edge to “every major desktop platform”. All that’s left is Linux, with a preview expected to launch in the coming months.

“Microsoft Edge will have the same always up-to-date platform and the same developer tools on all supported versions of Windows and macOS. This will reduce developer pain on the web, while ensuring all Windows customers have the latest browsing options.”

As we have seen in other releases, only two of the three proposed development branches are available. The Edge preview is available in three development channels, Beta, Developer, and Canary. At the moment, only the Canary and Developer channels are open. This means the more stable and useable Beta releases are not arriving until an undefined date in the future.

Canary releases should not be run on your main PC as they are experimental releases. The Developer channel offers Chromium Edge builds that are more stable through weekly updates. Finally, the Beta release channel would be machine-ready previews that you could run as your core browsing experience. Microsoft confirmed it is possible to run all three channels side-by-side.

Beta previews should open soon as we have already seen a leak of the channel.