Microsoft has today kicked off celebrations for the 10th anniversary of its Bing internet search engine. Over that time, the company has done little to dent Google’s dominance in the search market, even if Bing has carved its own tiny niche.

Either way, Microsoft is using the anniversary to reconfirm its commitment to Bing moving forward. As Thurrott reports, Bing was certainly not Microsoft first foray into internet search. Indeed, the company previously had MSN Search, Windows Live Search, and then later Live Search.

With Bing, Microsoft planned a new era of search that would place it more evenly against Google:

“Today we’re introducing a new kind of search that goes beyond traditional search engines to help you make faster, more informed decisions,” Microsoft’s Yusuf Mehdi wrote back on May 28, 2009 when announcing Bing. “It will do this by combining a great search engine (with powerful new features to improve your results for any query), more organized results, and unique tools to help you make important decisions. We think of Bing as a Decision Engine.”

While we could argue Microsoft, approach paid off in terms of functionality, in terms of market appeal it largely failed.

Bing has never held as much as 10% of the search market, and currently sits at 8.24 percent. In contrast, Google Search has 75.5 percent and Chinese search company Baidu holds 10.47 percent. 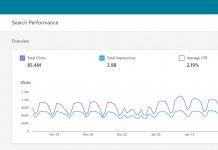