Microsoft continued its preparation for Windows 10 20H1 yesterday with the release of Windows 10 Preview build 18894. Covering the company’s planned Windows 10 update for the first half of next year, there are new features, fixes, and even some problems.

Firstly, we’ll discuss what’s wrong with this latest update. Microsoft’s new Windows 10 20H1 update disables the company’s Your Phone experience. Your Phone is a handy feature that allows Android users to mirror their device on a Windows 10 PC.

For some reason, build 18894 has blocked the feature, citing an OS bug as the reason. Either way, if you want to keep using Your Phone, you should stick back on Build 18890.

Now, let’s have a look at changes Microsoft has made to Windows 10 20H1 this week. The company has integrated its Windows Search improvements into File Explorer on the platform. Searching across files will now combine with OneDrive when surfacing results. 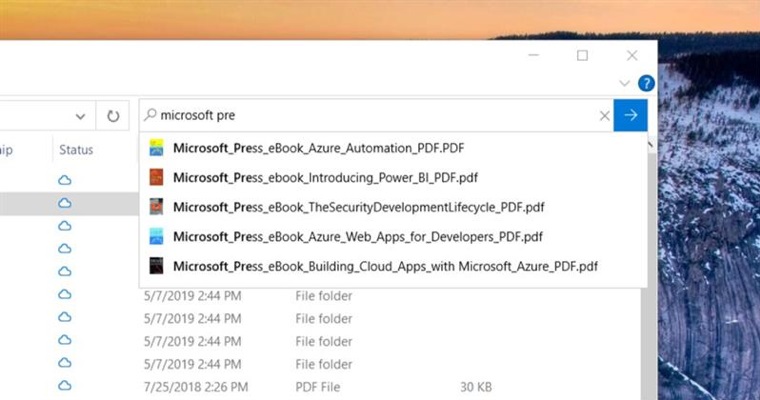 When typing a search term into File Explorer, a dropdown menu will fill with suggested files. Users will also be able to right click to open file location as well as just select results.

Elsewhere in Windows 10 Preview build, 18894, Microsoft has made some accessibility improvements. Specifically, the Narrator is now better at reading tables. For example, it will no longer repeat header details and also making it easier to exit and enter tables.