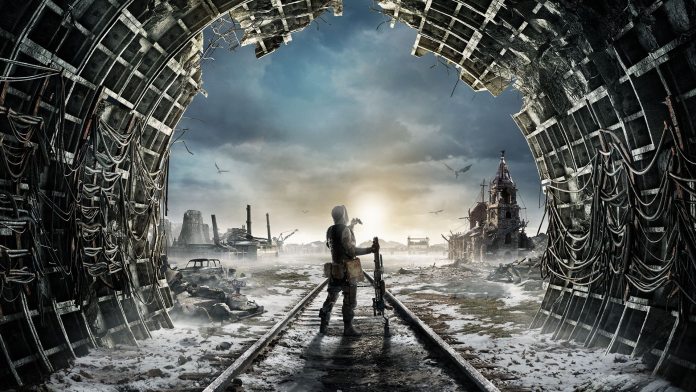 Metro Exodus, the recent third entry into 4A Games’ popular franchise has scored its first major update today across all platforms. However, the most interesting release is on Xbox One, where mouse and keyboard support has been added.

The new Ranger Update also makes changes that are available across platforms, such as New Game+ mode, developer commentary, and more. However, let’s start with the specific release for Xbox One.

Metro Exodus joins the growing ranks of games leveraging mouse and keyboard on the console, including Microsoft’s own Sea of Thieves. Microsoft first released the support in preview last October and has grown it since.

The Turret has a slide-out mouse pad and connects to the Xbox One with a single USB dongle. Its keyboard has 50g mechanical keys and color customizable RGB lighting, as seems to be standard. It also has a dedicated Xbox key for quick dashboard access.

Interestingly, the mat holds magnets to keep the mouse in place when you move the tray or stop you from dropping it as easily. The outsides of the pads are stronger, letting users turn the keyboard almost vertical without the mouse falling off.

Elsewhere in the Ranger Update, 4AGames has added a New Game+ mode. As the name suggests, players can now replay the game based on a previous completed run through. This allows more control over the second playthrough, including starting with all weapons and equipment.