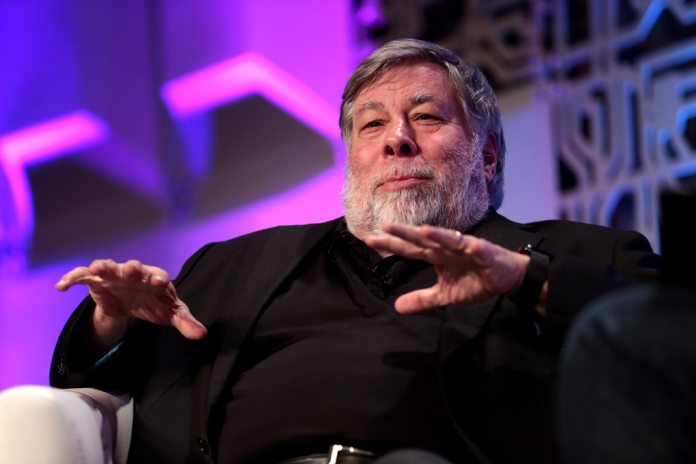 We are now firmly entering the world of folding smartphones. Huawei and Samsung are leading the way with the first devices with folding screens. However, Apple co-founder Steve Wozniak believes Cupertino needs to jump on board the bandwagon as quickly as possible with a folding iPhone.

The brains behind Apple’s early devices says folding phones are here and ready. Indeed, Wozniak wants such as device but he wants Apple to build it. That said, the company has shown no signs of developing a folding iPhone.

“Apple has been a leader for quite a long time in a few areas such as Touch ID, Face ID, and easy payments with the phone,” Wozniak told Bloomberg. “They’re not the leader in areas like the folding phone, and that worries me because I really want a folding phone.”

Many industry insiders disagree with Wozniak on the here and ready nature of folding devices. Yes, Huawei has launched the Mate X and Samsung the Galaxy Fold, but most predict the folding phone market will take time to grow.

Still, Wozniak is current in one aspect as now is clearly the time to enter the nascent market and begin development.

He calls Apple a leader, but that has increasingly been untrue. We all remember how revolutionary devices like the iPhone, iPad, and iPod were, but the truth is none of those form factors were Apple inventions. The company did not invent the smartphone, MP3 player, of tablet, it simply refined the ideas and made them hugely functional.

So, here’s my opinion, for what its worth. Apple has never been a true innovator, but has been hugely successful at showing how hardware and software can be combined. A pioneer if you will.

Still, in recent times the company has slowed even as a pioneer. It has been Android manufacturers who have innovated and pioneered, whether that is the shift to OLED Quad HD screens or over spec’ing smartphone cameras.

Indeed, Apple was lauded as a pioneer when it debuted the all-screen iPhone X, with most forgetting that Samsung had been doing similar all-screen devices for years before. Either way, it seems unlikely Wozniak will get his wish for a folding iPhone anytime soon.