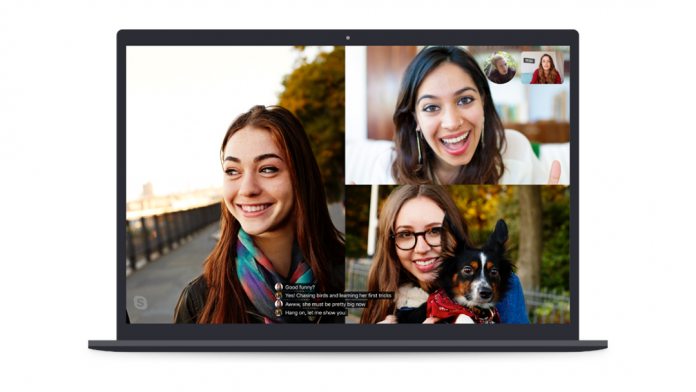 It may have been holiday weekend in the US but Microsoft still kept busy by sending out a new preview for Skype desktop. During the weekend, the company rolled out Skype Insider Preview v8.40.76.32 for both Windows PCs and MacOS.

While any update that changes something in the app is welcome, we will file this latest release under “minor”. That’s because the only thing Microsoft has changed is the position of the chat panel when making a call.

If you’re a frequent Skype flyer, you will know the chat panel during calls has been on the left. This was fine but presented some interface limitations. Specifically, it prevented users from checking the lists of conversations at the same time as the chat for the call.

Microsoft has solved this by now making the chat panel open on the right size. Furthermore, users can now customize the window through resizing.

As noted, this is a preview release, so it is currently only available to Skype Insiders on Mac and Windows. You know the deal by now if you’re an Insider, Microsoft would like your feedback on the feature to make any improvements before final roll out to end users.

Last week we reported on a new Microsoft Teams feature that could make its way to Skype. Microsoft’s workplace collaboration service is to receive custom video call backgrounds.

Custom backgrounds will improve that privacy screen while adding a fun flair. It is worth noting, Microsoft has only committed to a “some time this year” timeframe for this feature on Teams. We may be looking at an even longer wait for its availability on Skype.