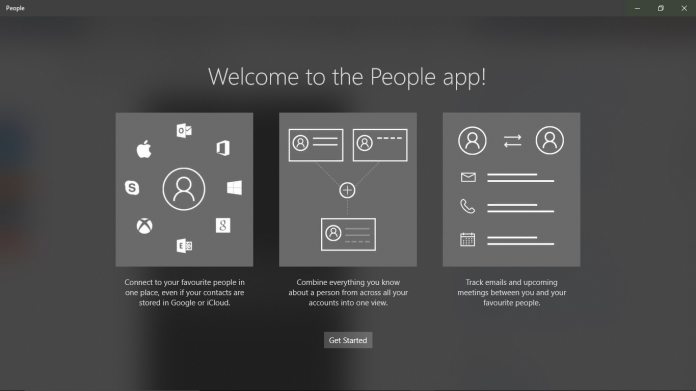 Did you know Windows 10 has a People Bar? It is actually a feature Microsoft put plenty of work into, but we wouldn’t be surprised if many users have never heard of it. Either way, Microsoft has decided it will kill off the People Bar through the next Windows 10 feature update.

That feature update is the Windows 10 19H1 branch that is currently in preview through the Insider Program. Starting with the release of 19H1 next April, Microsoft will start to depreciate the People Bar.

According to Albacore on Twitter, the company will not complete shutter the feature at once. Windows 10 will continue to ship with the People Bar but new features will not be added. Microsoft does similar with other services, perhaps most famously Windows 10 Mobile.

This is a different situation as the company will eventually remove the People Bar entirely. We are not sure how much longer Microsoft will maintain the service, but we guess it won’t last much longer once Windows 10 19H1 lands.

Some users may call the People Bar by its other name, My People. The feature is designed to make accessing and managing contacts simpler. It is turned on by default in Windows 10 through the Task Bar.

The problem Microsoft faced with My People is that developers did not embrace it. For the most part contacts only receive an Outlook or Skype button. Considering the current climate of multiple messaging services and social media, the People Bar is lacking in integration with leading service.

It is worth noting that Microsoft has not made any official announcement regarding the future of My People. We expect the company will provide more information around the release of Windows 10 19H1.