Microsoft has been pushing out Redstone 2 builds to Insiders for a number of weeks now, with varying success. Build 14905 had an unfortunate settings bug, and 14915 has broken WiFi adapters for many users.

Amid the clamor for fixes, we have heard relatively little about the team’s plans for the build. However, new internal concepts suggest that Microsoft is working on a new “People Bar” for Windows 10.

The information comes from a tip to Windows Central. Allegedly, contacts will show up in the taskbar via a small circular icon. This will integrate Skype, GroupMe, and Office.

Users may see similarities with the People Hub in Windows devices, and it appears to work similarly. You will be able to quickly message users by selecting their photo.

It’s not yet clear how Microsoft will choose the contacts. Assumedly, it’s just for people who are actively messaging you. However, it could be that users can pin optionally, or simply the most conversed.

Do We Need it on Desktop?

Though it’s a nice concept, some users have questioned how much desktop users will benefit. Action Center notifications give valuable information already and inform users of messages.

A People Bar would cut down on precious taskbar space and allow others to see who you are talking with at a glance. As such, it will likely be a toggle feature that can be adjusted depending on the environment.

Sources familiar with the matter say the bar has been in development since Windows 10 released in 2015. It appears that Microsoft now feels it’s developed enough to plan for a Redstone 2 release, though it may be under a different name.

In other Redstone 2 feature news, a Twitter user has discovered a new feature Microsoft is developing. Blue Light Reduction will automatically make screens warmer color as it gets dark, reducing eyestrain and helping users sleep better.

The feature will have a Quick Actions toggle so users can turn it off manually during color sensitive work. Users can also target a specific color range in Kelvin to find the optimum balance.

Current Insider builds have the feature disabled, but it could be coming within the next few updates. It will reduce the need for similar third-party apps like f.lux, and the OS integration could offer extra benefits like an automatic disable for specific applications.

What are your thoughts on the new features? Is a People Bar really needed? Let us know below. 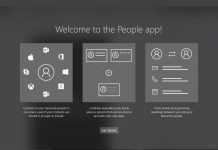 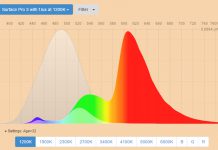