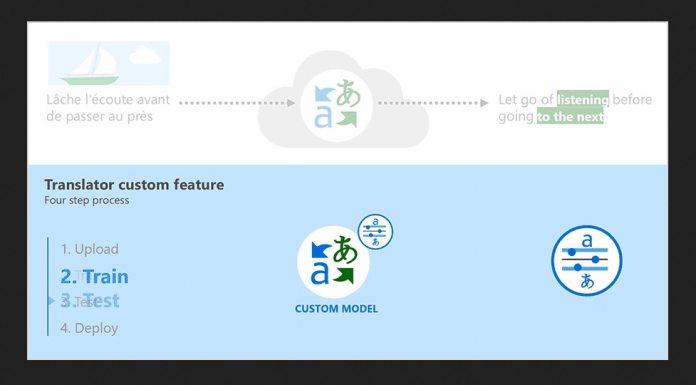 If you are unfamiliar with Custom Translator, it brings a new way for organizations to add customizations to neural machine translation systems.

Microsoft says businesses can boost the quality of translations by building their own neural models. These models can be developed to host the organizations own pre-translated content.

Customer translator is underpinned by Azure and is an extension of the Translator Text API within Cognitive Services. Once a neural translation model is customized, Microsoft Translator will integrate it into applications, websites, and other organizational locations.

“Using Custom Translator, we’ve seen very good quality in comparison to other engines. It is very flexible. You can make engines just based on dictionaries if you don’t have enough data, and if you do have enough data you can make an engine based on data plus dictionaries. From the standpoint of customization, having that flexibility is really important,” said Alex Yanishevsky, Senior Manager for machine translation at Welocalize, a tester of the service during preview.

Build systems that knows your business terminology: Customize and build translation systems using parallel documents, that understand the terminologies used in your own business and industry.

Use a dictionary to build your models: If you don’t have training data set, you can train a model with only dictionary data.