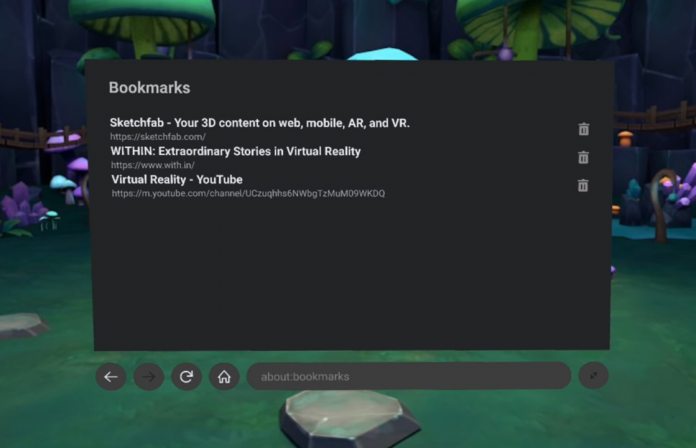 Virtual reality is a great way to consume media, but it begins to fall about when trying to do simple tasks like browsing the web. Mozilla’s Firefox Reality was created to address that gap, and it just got a significant upgrade.

With its latest iteration, Firefox Reality adds support for 360-degree video, letting users easily watch YouTube and other sites in an immersive way. The feature is part of the browser’s existing theatre mode, which also lets you watch content as if it’s on a cinema screen.

It’s joined by support for seven new languages, including Chinese, French, Italian, German, Spanish, and Korean. These not only bring it to new audiences but include voice search support for quick navigation without a keyboard.

Naturally, Mozilla is also looking to bring over features from its existing browser. It’s taken a little while to optimize for VR, but bookmarks are now present. On top of that, the URL bar will automatically suggest domains and searches.

A Long Way Off

Despite these features, Reality is a long way off being a full desktop browser replacement. It’s getting closer, but is yet to include features like bookmark syncing, multiple windows, and tab support.

Performance is also a consideration, though this build improves it for 2D UI. Ultimately the browser is still in the very early stages and VR requires a whole new design mindset, so it could take a while.

The good news is that the Firefox Reality team seems genuine about listening to user feedback, using Microsoft’s GitHub to manage it. The browser is currently available on the Viveport, Oculus, and Daydream app stores.