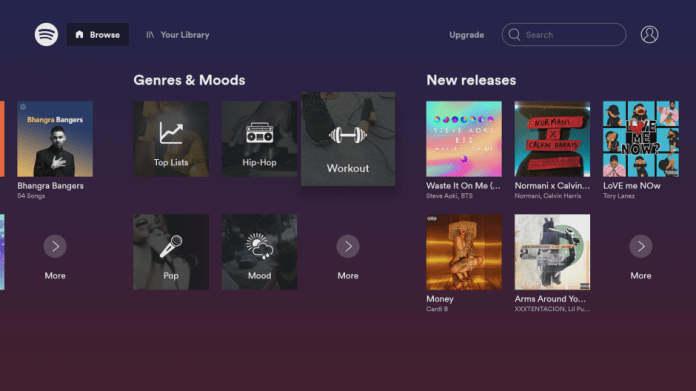 Microsoft has announced big changes to the Spotify app on Xbox One as it continues the attempt to replace its Groove music service. Among other things, the insider update features major design changes, bringing the interface more in line with the app’s smart TV versions.

Spotify has traded square boxes for a more rounded look while bringing in a new background gradient. In general, it’s a lighter offering, which is bad for fans of dark themes but does look notably better.

It’s clearly the biggest change since its debut last August, and with it comes a number of new features. One of the most useful is an enhancement to Spotify’s background music feature, which can now show 20 additional playlists under the media controls. Microsoft says users can select and start new playlists, as well as show track details.

It’s joined by an interesting addition – activation via Cortana. In general, Microsoft has been toning down its assistant on Windows, but this is an indication of her future. Rather than a standalone, the technology behind Cortana will feature in a number of apps and services.

The update is available across the entire Xbox Insider program, touching all five rings. All you need to do is update to version 2.0.58.70 of the app, or allow it to update automatically.

If you don’t yet have the app, now is a good time to grab it. You can download it directly from the Microsoft Store: