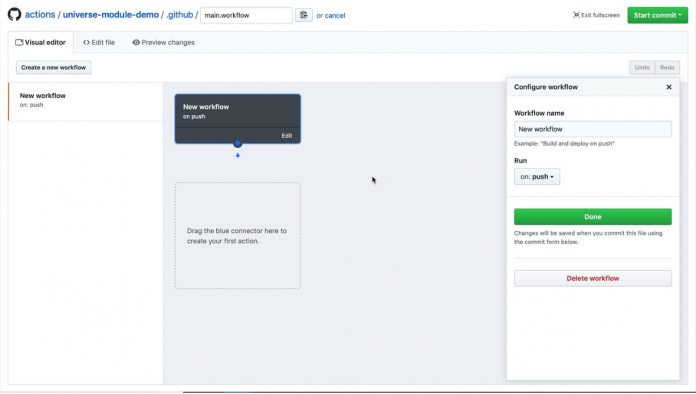 Earlier this year, Microsoft announced a $7.5 billion acquisition. However, the company is still waiting for a greenlight from the EU Commission before finalizing the deal. Either way, Microsoft has said GitHub will continue to operate as an independent company.

Still the online repository will develop closer links to other Microsoft services. Perhaps in preparations for this, GitHub Actions were announced today.

GitHub Actions give developers tools to improve their projects. By leveraging Docker code containers, developers will be able to set a schedule of events. Projects can have event triggers ranging from an introduction of new code to testing channels that trigger Actions.

“GitHub Actions is your workflow: built by you, run by us,” the company explains. “GitHub Actions allows you to connect and share containers to run your software development workflow. Easily build, package, release, update, and deploy your project in any language—on GitHub or any external system—without having to run code yourself.”

Open to all platforms and languages, GitHub Actions gives users the ability to automate workflow. By integrating with tools, developers can create custom actions. The company wants Actions to be a community feature.

“Whether you need to package an NPM module, send an SMS alert, or deploy production-ready code to the cloud in parallel, you can create or find a GitHub Action for the job.”

GitHub is rolling out Actions through an invite-only preview this week. The company ahs not confirmed when the feature will reach general release.

Microsoft is likely to finalize its deal to purchase GitHub in the coming weeks. The company is awaiting regulatory approval from Europe. The European Commission is set to announce its decision on the acquisition on October 19.