Just yesterday we reported on a Microsoft fix for a Windows 10 audio problem caused by an Intel driver update. Today, Microsoft is fixing another driver problem, this time caused by PC giant HP. Specifically, a bug that is causing a blue screen of death (BSOD).

Microsoft says the bug has affected Windows 10 versions 1803 (April 2018 Update) and 1809 (October 2018 Update). The company removed the faulty driver from Windows Update on October 11. It seems there was a faulty keyboard driver sent out by HP.

Of course, this is an OEM specific problem, so only users of HP Windows 10 devices would have been affected. The driver was version 11.0.3.1 and caused “known incompatibility with certain HP devices”.

Users have already been solving the problem themselves by removing the driver. Microsoft is doing exactly the same thing, albeit in an official capacity. The company has pulled the drivers through update KB4468304.

“If Windows Update has installed the HP keyboard driver version 11.0.3.1, and you are pending a restart, do not restart your device,” Microsoft cautions.

“We have released an update that will remove the incompatible driver from your device via Windows Update. Alternatively, you can uninstall the driver manually.”

As I reported yesterday, October has been a bad month for Microsoft. A bug in the manual Windows 10 update deleted personal user files causing a halt to the October 2018 Update roll out. Microsoft also had to deal with a faulty Intel driver that caused audio problems in Windows 10.

Intel’s accidental driver update is affected early adopters on version 1809 but is also hitting users running version 1803 (April 2018 Update). Users on those builds have described an error message reading a ‘No Audio Output Device is Installed’.

Over the weekend, Microsoft sent out update KB4468550 which fixes the Intel drivers. 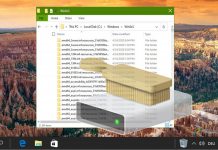 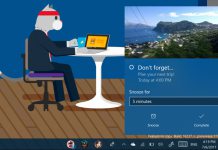