Last week, Microsoft launched several new Surface devices. Now that another hardware event has been and gone, it is safe to restart the Surface Phone rumors. Yes, the device that was coming this year but then killed off, is now back again. The latest Microsoft patent suggests the Surface Phone is still in development.

A patent published this week and filed on 21st July 2017 shows an improved version of Microsoft’s dual folding screen concept. However, this time it seems the Surface Phone will have a flexible display as opposed to a hinged double screen.

The company describes a “deployable bridge support” that will keep the device rigid when the display is opened.

“The example can also include a flexible display positioned over the first portion, the hinge assembly, and the second portion. The example can further include a that is deployed to support the flexible display at the hinge assembly when the first and second portions are rotated from a closed orientation to an open orientation.” 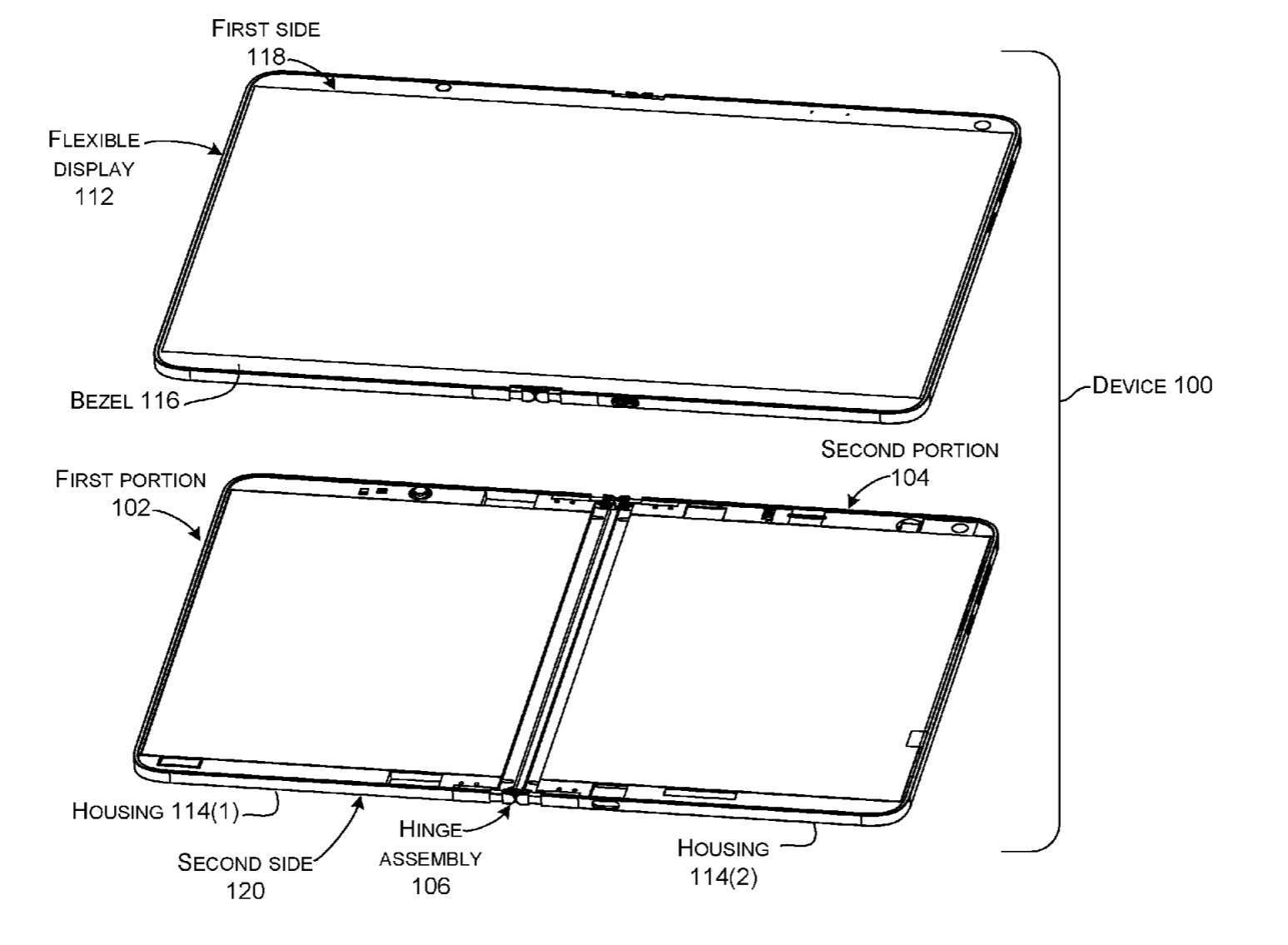 We have often speculated about what would really set the Surface Phone apart. Two screens are a nice idea, but is it a gimmick? This patent may answer some of those questions. When opened, the screen would be 10 inches, and 5.5-inch when folded.

This means it would be a smartphone when closed and a tablet when open. Microsoft has often discussed blurring the lines between PC power and mobile simplicity. The Surface Phone could be the device to bridge the gap.

So, this is hugely important because not only is this a confirmation, but it comes from the head of the Surface division.