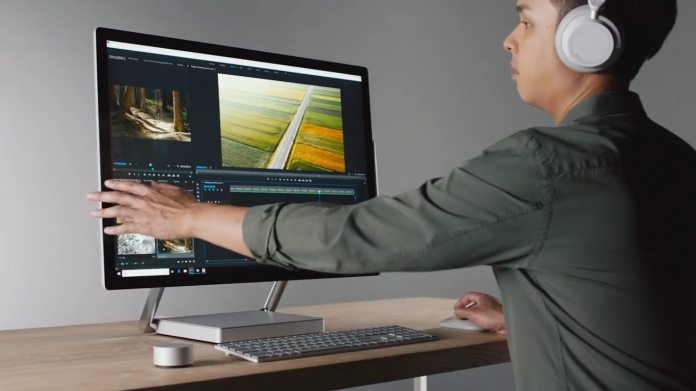 At its Surface event in New York City today, Microsoft update three of its core hardware lines. Alongside the Surface Pro 6, the company also introduced the Surface Laptop 2 and Surface Studio 2. Microsoft promises both these new devices vastly improve on their predecessors, even if aesthetically they are similar.

Starting with the Surface Laptop 2, the device comes with the matte black finish we have discussed recently. This is the same new color Microsoft introduced earlier in the event for the Surface Pro 6.

“If you don’t get a great typing experience, you can’t stay in the flow,” he says.

To help “stay in the flow,” the Surface Laptop has a significantly improved display. The screen has 3.4 million pixels than the previous version. Panay pointed to a 1,500:1 contrast ration, which he described as best in class.

If you thought the original Surface Laptop was too slow (it wasn’t), you will be happy with the new model. The Surface Laptop 2 gets 85 percent better performance. Other features available in the device as Windows Hello and Instant On.

Like the Surface Pro 6, the new Surface Laptop 2 will be available from October 16. The device will cost $999.

Microsoft also introduced the Surface Studio 2 today. The updated desktop PC was described as “the fastest Surface ever”. That’s for a good reason as the device boasts NVIDIA’s next-generation Pascal GPU and a 2TB SSD.

As with the Surface Pro 6 and Surface Laptop 2, the Surface Studio 2 is getting a much better screen, at least on paper. Microsoft says the display is now 38 percent brighter and with 22 percent more contrast.

Microsoft did not offer a release date or price for the Surface Studio 2, saying it is “coming soon”.