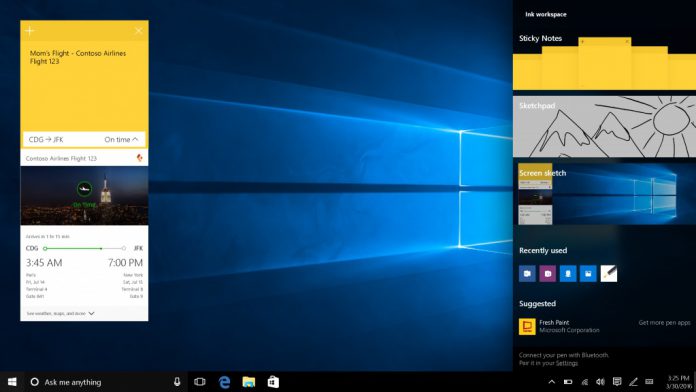 Early last month, Microsoft announced it was bringing Windows Ink support to the native Mail and Calendar app on Windows 10. Later the company released the feature to the release preview ring for testing. Now, Microsoft has brought Inking support to the app for all Windows 10 users.

We originally thought Microsoft would reserve this integration for the upcoming Windows 10 October 2018 Update (Redstone 5). However, when Windows Ink reached Mail and Calendar on the release preview branch, it was clear this would release before.

As with the preview, users can place drawings or other inked creations directly into mails and calendar entries. The ability to annotate images through mouse, pen, or finger articulation is also available.

All the new Windows Ink features are found behind a new Draw ribbon within the app. The following abilities are available:

Users need to select the “Add drawing canvas” before they can ink in an email. A canvas is placed in the message pane and shows the boundaries of where inking can be done. It is worth noting this canvas can be resized manually.

While Windows Ink feature work best with pen or touch input, mouse support is also available for Mail and Calendar.

It is nice to see Microsoft continue to expand inking capabilities in Windows 10. When first debuted with the Anniversary Update, Windows Ink was an excellent addition that was limited by its availability across apps.

Since then Microsoft has evolved the service across many of its native apps, such as OneNote.