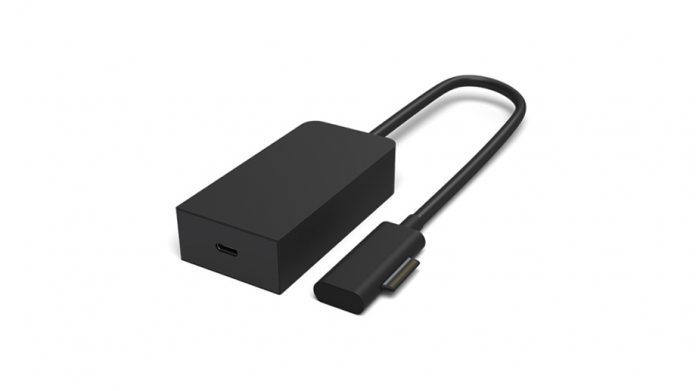 The lack of USB-C support was a point of contention for owners of new Surface owners, but Microsoft’s attempts to fix it have only caused further controversy. Early on, the company announced the release of a USB-C dongle, but it faced numerous delays.

The adapter was first announced in May of 2017 for release later that year. The year ended with no word from Microsoft, before it eventually announced a delay in March 2018 – a year later. At that point, it told consumers the device wouldn’t launch until the end of the year, so the June 29 release is a pleasant surprise.

Unfortunately, there’s one huge caveat: Microsoft has only mentioned business customers. It doesn’t seem the Surface USB-C dongle will launch for consumers at the same time, possibly due to limited supply. Despite the business release, consumers may have to wait until the end of the year, though we’re still waiting on an official confirmation.

Regardless, the commercial release gives us a peek at the specs, design, and pricing of the device.  The adapter will measure 82mm x 40mm x 20mm, measuring 284mm with the Surface Connect Cable. It will be compatible with the newest Surface Pro and Laptop models and requires Windows 10 1703 and above.

Officially, Microsoft is calling it the Surface Connect to USB-C adapter, and it comes with a single USB-C port. It requires an external power source with a minimum output of 27W/12V, and comes with 1-year limited warranty.

With it, users will be able to attach docking solutions, external displays, power, and more. It should be everything users expected, if they’re willing to part with $80. To put that into perspective, you can get a Surface Arc Mouse or Surface Dial for the same price, and for $10 extra you can get a Surface Pen. It’s definitely on the steep side for a simple adapter, but it’s there if you need it.