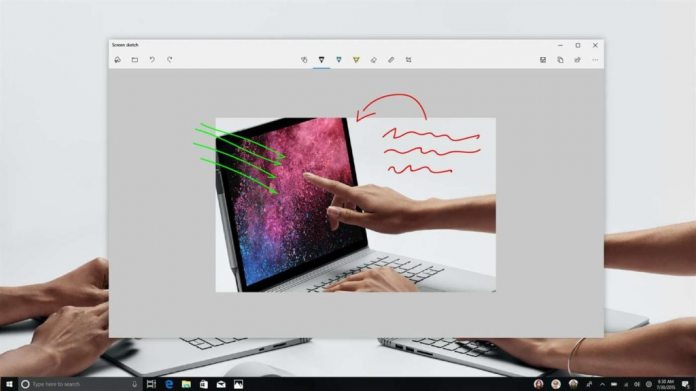 We have been hearing about Microsoft’s Control Center for Windows 10 for over a year. Over the last two months, progress has been increasing, including an expectant launch for the feature through Redstone 5. With work on the Control Center nearly complete, a screenshot of an existing app shows the new tool.

Screen Sketch is an app released by Microsoft in May. It is essentially a screenshot tool that has been available to Windows Insiders. However, a screenshot of Screen Sketch shows a little gear icon in the task bar.

If you are unfamiliar with Windows 10 builds, Redstone 5 is the next major upgrade for the platform. It will succeed the current April 2018 Update and will launch this fall.

The center gives easier access to numerous settings without having to go into the actual Windows Settings app. If you check out the screenshot above, you can see which settings are available. For example, Color Profile, Connections, and Location toggles are all available.

We wrote in April that the feature is likely to land with Redstone 5. A screenshot of the center running on Windows 10 highlighted some of the features users will be able to toggle.

Microsoft has moved the Quick Action buttons into a dedicated panel that can be accessed via the settings cog in the taskbar.

Users can still expand the Control Center for a larger view which shows clearer labels for Quick Action buttons.