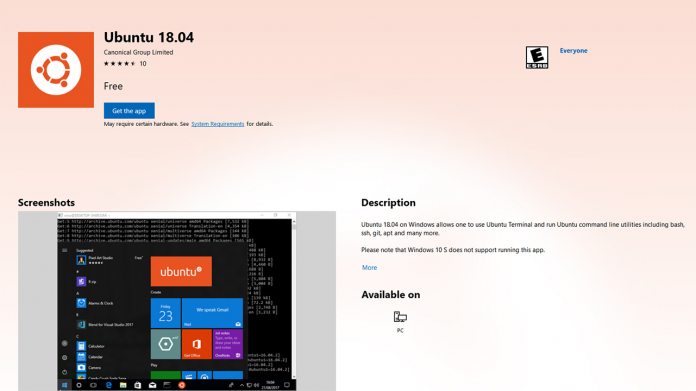 Close to a year ago, Microsoft added Ubuntu to the Store via its Windows Subsystem for Linux. It lets users run Ubuntu Terminal on Windows 10, with support for command line utlities like bash, ssh, git, apt, and more.

Last month, Canonical released Ubuntu 18.04, and it’s now available on the Microsoft Store. You can install it as a normal app and gain access to all its command-line features. Unfortunately, the new app is likely to cause confustion as it comes in the form of a different app.

“You might be asking why there are a couple different Ubuntu apps and what we plan to do with those,” said Tara Raj, program manager of Windows Subsystem for Linux. “The Ubuntu apps you see in the Store are published by Canonical. We partner with them to release the apps and test them on WSL. As per Canonical’s LTS schedule, both Ubuntu 16.04 and 18.04 are supported for 3 years. Keeping this overlap in support in mind, ‘Ubuntu’ is still 16.04 and ‘Ubuntu 18.04’ is as named. We will be Updating the Store descriptions and such shortly.”

The release also marks the availablity of Ubuntu on Windows 10 ARM PCs, as announced at Build 2018. It launches along ARM64 SDK, which lets developers recompile their apps for the platform.

The release concides with the ability to launch Linux shells from File Explorer in Windows Insider builds. By shift right-clicking, users can open one in the directory similar to PowerShell or Command Prompt. This feature came about as a result of feedback, and Raj encourages users to keep the suggestions coming. 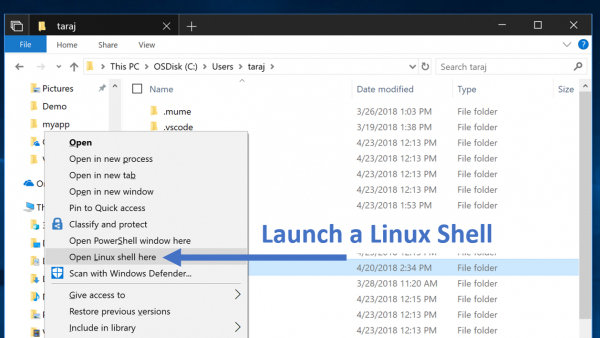 You can find more information about WSL and Ubuntu 18.04 on the Microsoft developer blog.