Google Lens announced a wealth of AI features at I/O last week, but Microsoft isn’t without its own tricks. The garage team has released an open-source tool called ‘Snip Insights’ that will add context to screenshots in Windows 10.

The tool can pull a ton of content from photos, allowing for editable and translatable text, calendar events, email templates, and automatic file names. It will also be able to identify celebrities and deliver profiles or news, recognize landmarks, and search for similar products.

Essentially, it sounds a whole lot like Lens, but on Windows 10. It Utilizes Azure’s Cognitive Services to provide Insights with as few steps as possible. However, its space on the desktop makes it a great aid for productivity.

“Imagine that you have a scan of a textbook or work report. Rather than having to manually type out the information, snipping it will return editable text in just one click,” says a blog post. 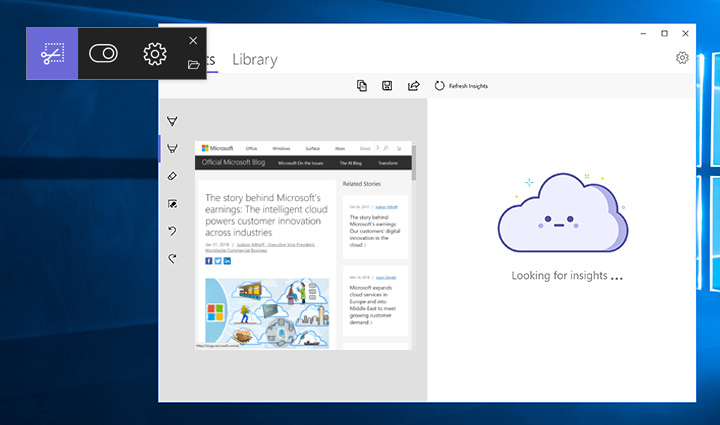 The Future of Snip Insights

Snip Insight’s open source nature could also prove a plus. Though the team has a full release, its now asking for contributions from users on GitHub. It’s willing to implement new features and evolve with new technology.

If it proves popular, it could even make it as a feature in Windows 10. Microsoft has already rolled out a revamped screenshot tool, and AI-driven features would be a perfect companion.

For now, though, you’ll have to compile Snip Insights yourself from GitHub. To do so, you’ll need to run SnipInsight.csproj  and add a Cognitive service API key. It’s not the simplest process, but it’s possible that will change as more developers get involved.