Mozilla announced in January that it was exploring the idea of bringing ads back to Firefox. The company says beta users would see sponsored stories curated through its Pocket service. Today, the open-source company confirmed sponsored ad content is coming to new tabs in Firefox 60.

Some beta users in the United States have been seeing sponsored content for most of this year. However, with Firefox 60 set to launch May 9, the ads will go “fully live” for users. At the moment, Mozilla is suggesting this is only for users in the US. We guess it will roll out to other regions eventually.

The decision further expands the integration of Pocket into Firefox. Mozilla bought the offline content curator last year. The company has leveraged the service to power content recommendations in new tabs since the launch of Firefox Quantum in 2017.

Among Pocket’s other influences in the browser is the ability to list related websites for trending stories.

As an open-source company, some people may be concerned that Mozilla is essentially adding advertising to Firefox. However, Mozilla insists it wants to personalize the browsing experience but not compromise on privacy.

The company says it does not want to be a clickbait and false advertising platform so will give users the ability to opt out of seeing ads.

Although sponsored content introduces a kind of advertising to Firefox, Mozilla emphasizes that its approach enables personalization without sacrificing privacy. Using Facebook’s recent Cambridge Analytica scandal to highlight how the ads system is broken.

“We’ve come to accept a premise around advertising today that users need to trade their privacy and data in exchange for personalized, high-quality experiences. Our experiments over the past few months have proved that this isn’t true,” wrote Pocket’s founder, Nate Weiner. 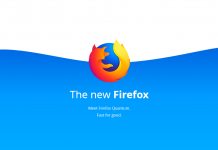