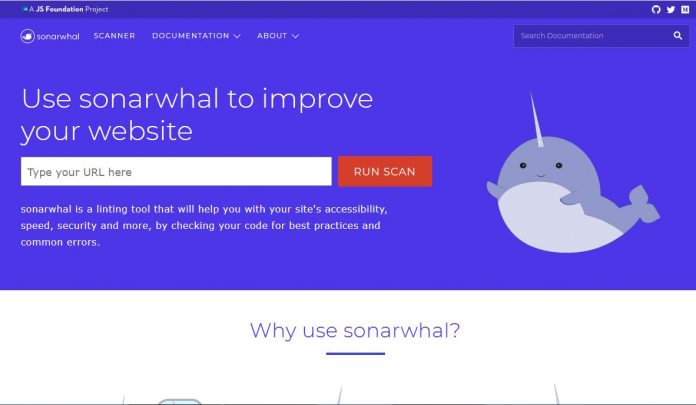 Now coming to version 1 (v1), Microsoft has detailed how sonarwhal has developed since it was announced a year ago. The company says it created the tool after regular feedback from customers and partners. Innovations in web development are happening rapidly, so developers need tools to make sites faster and more secure.

“Every day, we see sites that have a great architecture, built with the latest libraries and tools, but that don’t use the right cache policy for their static assets, or that don’t compress everything they should, or with common security flaws—and that’s just scratching the surface. The web is complex and it can be easy to miss something at any point during the development process.”

Sonarwhal was created from this need to increase potency of web development. Microsoft says insuring seamless interoperability across browsers is also an important aspect of modern web creations.

We have seen Microsoft increasingly move towards open source solutions in recent years. Sonarwhal extends that growing willingness to make software communally available. The company says feedback through the preview process has helped shape the development of sonarwhal.

In a blog post today, Microsoft says research has been vital to ensure the solution is as robust as possible. Among the details the company mentions are:

In total, the company created 30 rules across 6 categories to govern how sonarwhal will operate. Microsoft says more will come as development continues.