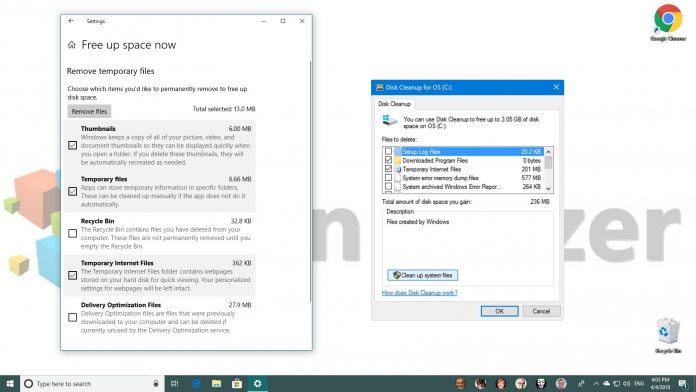 If you have been using Windows over the last decade, you will be familiar with Disk Cleanup. It is a feature that most casuals overlook but is valuable because it searches your drives to delete some logs, temporary files, and previous installations. It has become an easy and vital tool for creating more disk space.

Disk Cleanup has been part of the Windows makeup since Windows 7. It is especially important for removing older Windows builds after an update. These previous versions take up Gigabytes of free space, so having a tool to automatically remove files is important. Despite its ability, the truth is a third-party solution would also be more dynamic and powerful than Disk Cleanup.

In its goal to modernize Windows adjustments through the Settings app, Microsoft is going to eventually kill off Disk Cleanup. To make the disk checking and file removal capabilities of Windows 10 better, the company is debuting a new feature. This new feature will be available alongside the current cleanup, but will surely replace it fully at some point.

Coming to Windows 10 1803 is a new “free up space now” option in the Settings app. If you are unsure, Windows 10 1803 is also known as the Spring Creators Update and will be launching next week. The new cleanup option replicates the abilities of Disk Cleanup and will hopefully be more powerful.

Users can reach the tool (after updating to 1803) through the following options:

When opened, the tool scans your PC disks and shows the findings in a new windows. It is similar to the existing tool, but it now includes files by default, including previous Windows installations.

The option is a continuation of Microsoft’s plan to remove the Control Panel from Windows 10. This is has been an evolving process that is certainly not complete. However, many Windows functions and adjustments are now handled through the Settings app.

Eventually, Settings will be the only hub on the platform to control settings.